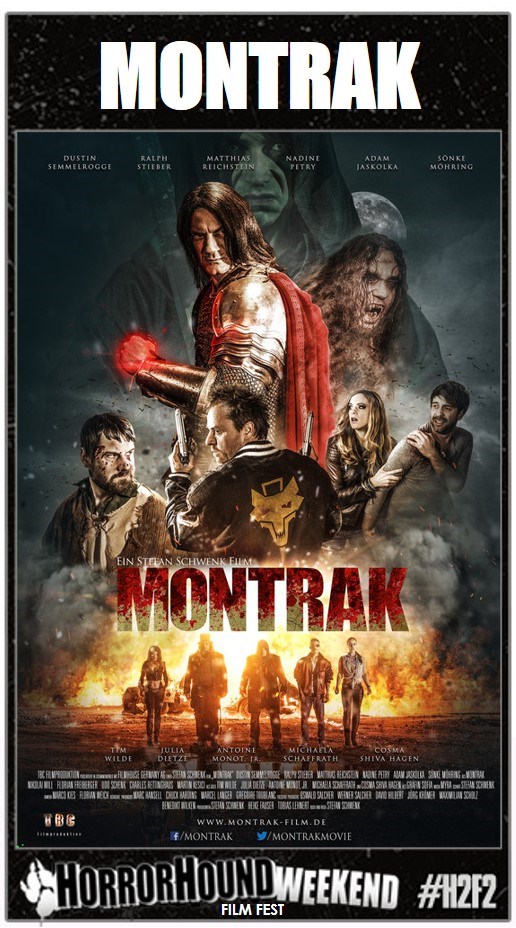 Another early announcement from the HorrorHound Film Fest (H2F2) for their upcoming event, March 23-25, 2018 in Cincinnati, Ohio, as part of HorrorHound Weekend (the largest horror-specific convention in the U.S.), comes from Germany.  MONTRAK (from director, Stefan Schwenk) is a stylized, modern telling of the vampire-origin story.  Hip, bloody,