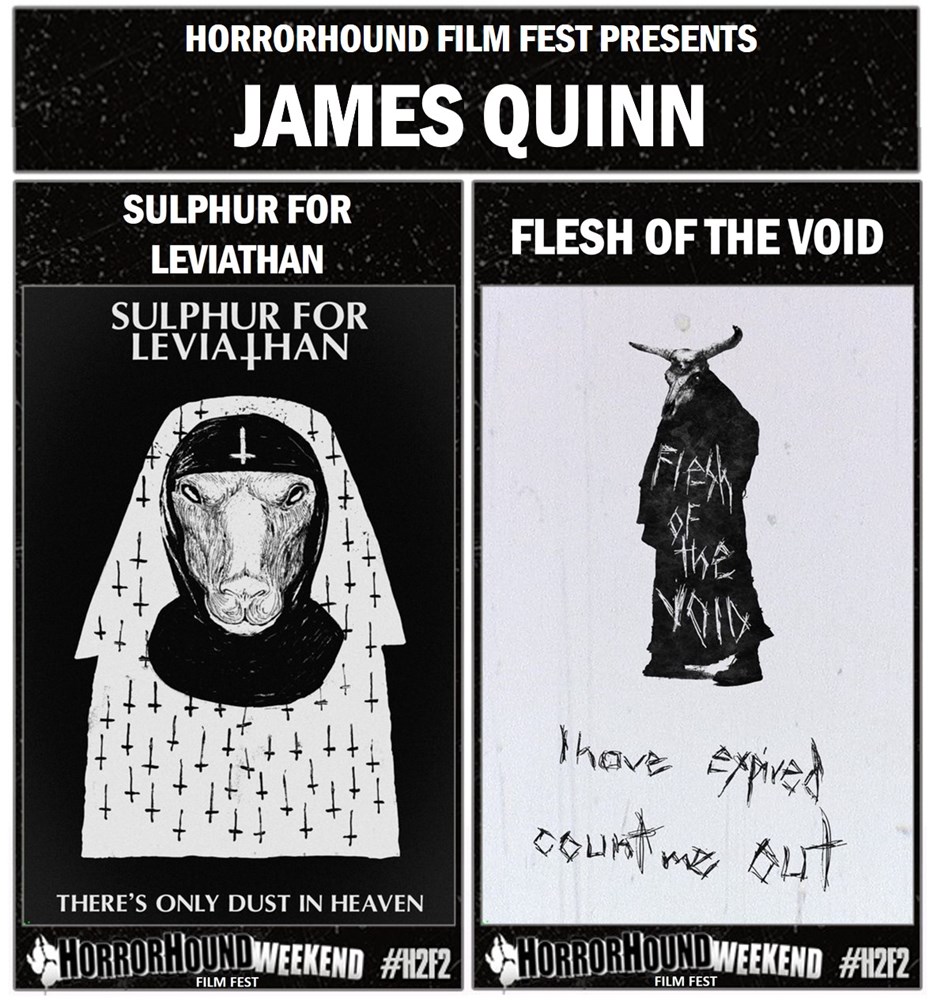 The HorrorHound Film Fest (#h2f2) is honored to present two films from Austrian filmmaker James Quinn. Quinn is quickly establishing a style, texture, and atmosphere that is uniquely his. His films a darkly thematic, often juxtaposing heaven and hell with stark, nightmarish, truly disturbing imagery. Quinn is not only original with