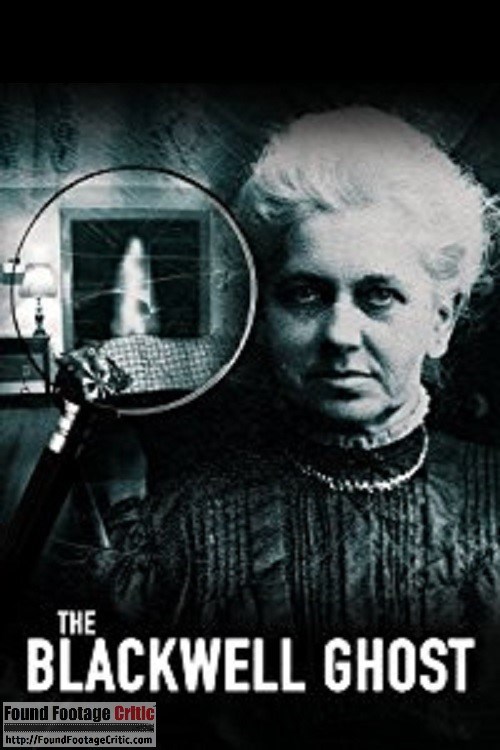 To believe in ghosts or not, that is the question isn’t it? As
a scientist and natural skeptic, I always approach films like this calling
“bullshit” before the opening credits.
However, The Blackwell Ghost
got me to stop and ask, maybe?

Shot in a documentary-style, Blackwell used the mundane and subtle to give the viewer the
impression they were watching a phantom haunting a residence. The film lacks
credits and a cursory search on the internet does not yield results for who
directed or worked on the film.

The idea for The
Blackwell Ghost was inspired by supposed CCTV footage gone viral of a “real
ghost” in a hotel.  When unable to track
down the man who posted the footage, the Blackwell
filmmaker gave up; until three years later when their attention was then turned
to Pennsylvania and a “haunted house” with tales of murder from the 1930s/40s.

Following a brief day tour of the house, with no paranormal
activity noted, the story jumps to three weeks later. The owner of the house
invites the filmmaker to spend three nights in the house to document the ghost who
resides there.  As expected the night
vision cameras are deployed, ghost detectors are set up, and the cameras roll.  What was not expected was the surprising
results.

I am not a believer in the supernatural, folklore and legend.
However, this film was not overdone in that regard.  The poltergeist activity was basic: doors
slamming, objects being moved, lights turning on and off, and some images on
film that I just couldn’t easily explain away. Subtly, the film creeped me out and
left me a little out of sorts– not an easy task.

Could the whole thing have been staged? Absolutely. Is it
real?  Well, watch and decide for
yourself. The Blackwell Ghost is available now on Google Prime.

Prior to reading your article on the goofy "documentary" I found this article. Thought it would be helpful for those that think its real. Great research by the author. https://www.csicop.org/specialarticles/show/the_blackwell_ghost