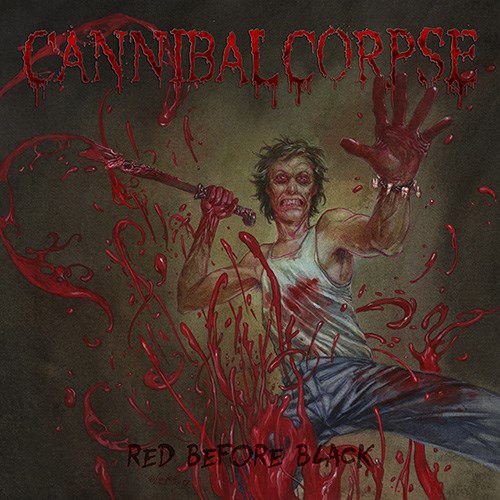 Horror and gore death-metal veterans, Cannibal Corpse have released a video for "Code of the Slashers" from their upcoming album, Red Before Black. This video contains everything that both Cannibal Corpse fans and HorrorHounds love: slashers, blood, and gore! Red Before Black will be out on November 3rd on longtime label, Metal Blade. A tour in support of the new album starts the same day.