Guillermo del Toro's vampire epic ended with a bang.  It also ended with two sets of father's and son's and how they mirrored each other.

For those who weren't aware, FX had agreed to del Toro & Chuck Hogan's rule from the beginning that the series would be have a set number of seasons because the story had a specific arc and end. So fans knew we weren't going to get twelve seasons, no matter how much we loved  it. So after four seasons we have to say goodbye to "the munchers" and team New York.

With season four's finale the characters get the payout they've been waiting for and we find out their fates as one of the best vampire series in the last many years comes to a close.

Sacrifice was a huge part of The Strain as the story took the reign of Hitler and the Nazis and showed us how such a horror could happen again. Using New York, one of the biggest melting pots in the world, del Toro and Hogan bring together freedom fighters of different races and beliefs to battle the horror of the Master and the strigoi, led by a Jew who survived and kept fighting.

From the beginning of the episode we knew that someone would have to hit trigger on the nuke to take out the Master 800 feet below the surface of the city. And while Fet was ready and willing to do it, much like Setrakian said, someone like him would be there at the end. That someone would actually turn out to be Ephraim who follows the Master and Quinlan down to their final confrontation to be with his son who is also down below. Eph is not only a Jew but he's lost his wife to the Master. Zack, though he's betrayed him before, is still his son and he has to try and see if there is a chance to redeem him.

While Zack Goodweather may win the award for most hated kid on TV the finale gives him a chance to change some attitudes.  Zack and Quinlan are two lost sons looking for redemption and the finale gives it to them.  Quinlan defeats his hated father, the Master, finding release from an eternity of despising who his and where he came from.  Zack, having fallen for the Master's trickery, tell his father he loves him and realizes that his father truly did love him as well ... before hitting the button on his second nuke and killing himself and the Master in the process.

Fet, Dutch, Gus, and Roman survive to usher in a new world nearly free of the strigoi (there are few left in quarantine because what could possibly go wrong?). The world starts to heal and so do the people who made it through the plague.

One thing that I always loved about The Strain was the way the story melded together faith and science in a beautifully told story that was a mix of old and new.  The metaphor of vampires and the Nazis was also blended perfectly and with what is happening in our world today ... quite the cautionary tale of "it can happen again, be vigilant."

With the finale we're shown the power of a father's love, a son's love and how it can over come the greatest horrors. The series talks a lot about fathers and sons as we see with Vasilly Fet and the relationship he had with his father (not a good one) and how he found something like a father figure in Setrakian. For a show about gross, wormy vampires it has a lot of depth.

The Strain manages to do what many series have not, tell its story on its terms and give us a finale that while sad is satisfying. Everyone who has been a part of it should be proud. I give major shout out props to David Bradley for being amazing as Setrakian and giving us one of the most awesome vampire hunters in fiction (also mad props to Jim Watson for his portrayal of Setrakian's younger self). Kevin Durand's performance as Fet was awesome as was Corey Stoll's turn as the tortured Eph Goodweather. And as the bad guy duo, Jonathan Hyde (who looked amazing as the Master but was also great as Eldritch Palmer) and Richard Sammel as the wonderfully evil Eichorst (just when you think a Nazi can't be more creepy ...).  And of course the fantastic Rupert Penry-Jones as the half breed Quinlan. 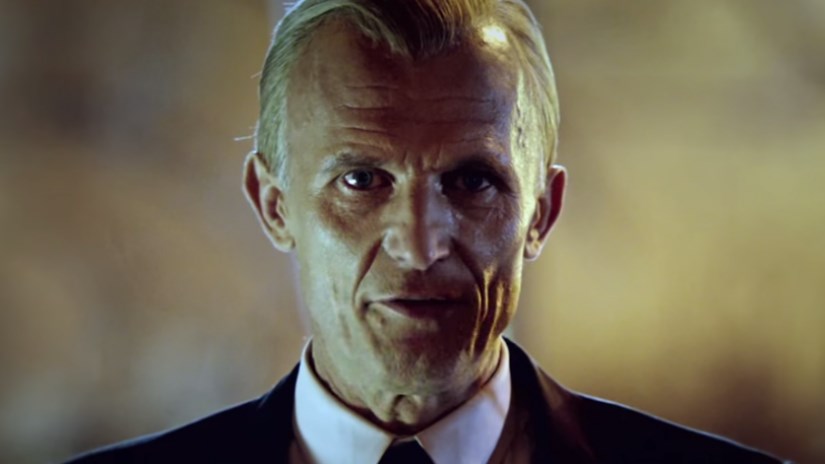 If you haven't watched The Strain I highly recommend it. As a lifelong vampire fan I can tell you it is one of the smartest and best produced vampire series I've seen. Guillermo del Toro, Chuck Hogan, and Carlton Cuse have made a series that I think will be returned to over the years and will be considered a modern classic. It's a classic story of good and evil, old and new combined. And it's a story that shows that people, no matter their differences, can come together and beat the bad guy ... something I think we can all use right now.