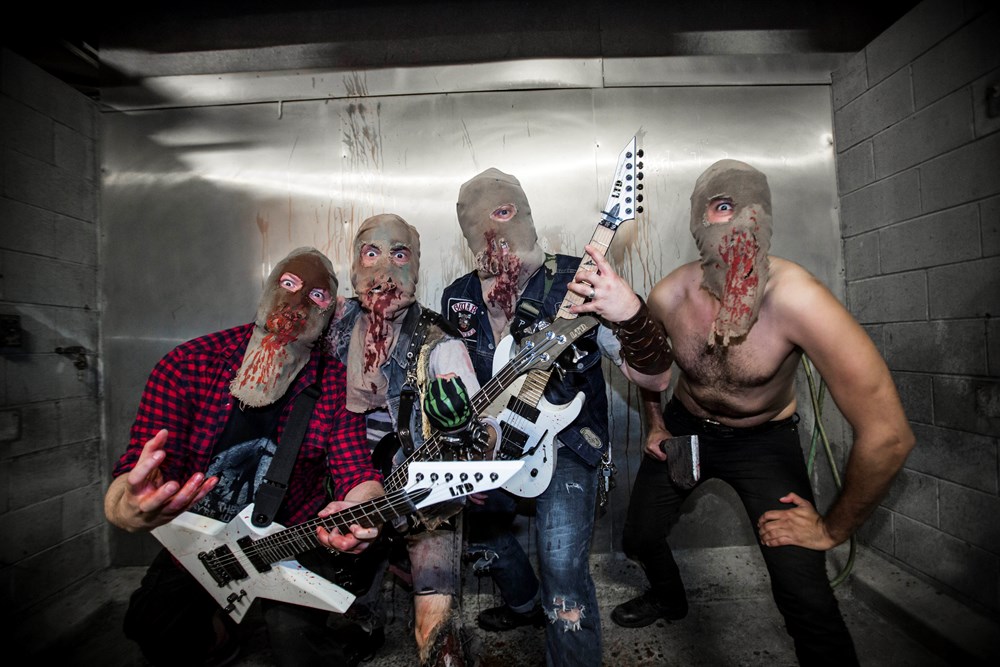 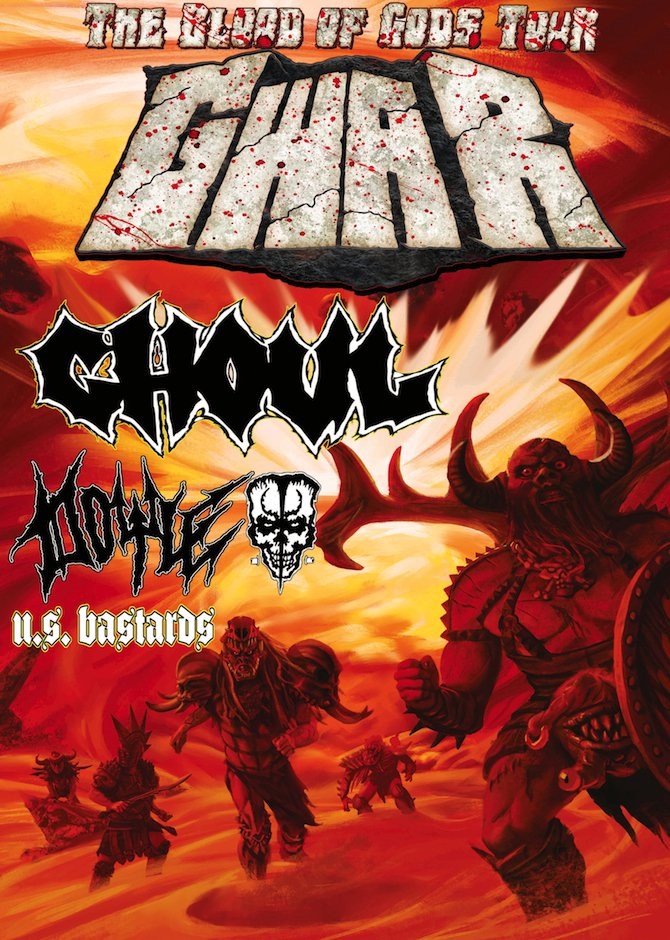 Halloween is coming early fiends. A triple monster feature is coming to a town near you on this can't miss tour. Everyone's favorite scumdogs, GWAR, are set to tour in support of their new studio album (and first without Oderus Urungus), The Blood of Gods. For this tour GWAR recruited two more dangerous monster bands to add to the chaos and devastation that will surely occur on stage. GWAR is well known for their lively stage shows full of blood, dismemberment, and outrageous costumes. I could easily write a book on them, but let's take a look at the lesser known opening bands. 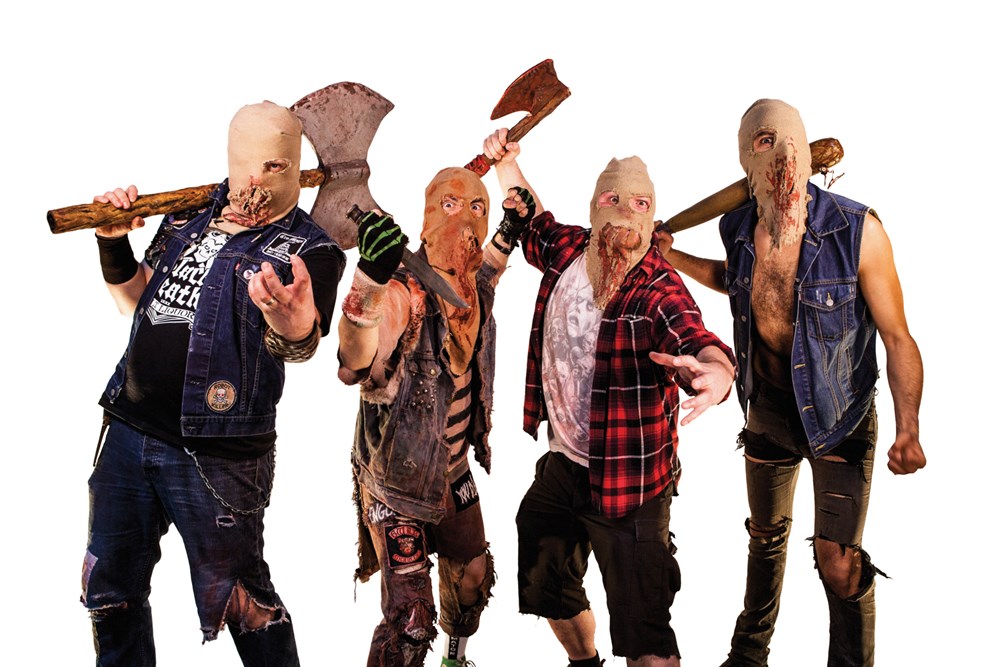 Trying to describe Ghoul's sound isn't easy.  Take one part horror punk, add in two parts extreme metal, blend with some early '80s thrash ... and have yourself a taste of what Ghoul has to offer. Ghoul is another band full of monsters that put on an epic stage show much like GWAR. The creatures in Ghoul may not be as well know as their counterparts in GWAR but what little is known is they are mutants from the city of Creepssylvania going by the names: Cremator, Fermentor, Digestor and Dissector. Ghoul have released 6 studio albums as well as several splits and demos. Their most recent release, Dungeon Bastards, was released last year.

Doyle needs little to no introduction for most HorrorHounds. Starting his music career with the legendary Misfits at 16, Doyle Wolfgang Von Frankenstein has been terrifying audiences with his live performances ever since. Doyle's band may lack the theatrical presence of Ghoul and GWAR but that does not make them any less interesting (or terrifying) in their live performances. If you've never seen Doyle live, imagine what it would be like if you actually handed Frankenstein a guitar. On stage, Doyle is a monster; stomping around the stage and pummeling his guitar. Flanked by singer, Alex "Wolfman" Story. Doyle is definitely a beast to behold. Doyle recently released their second studio album, Doyle II: As We Die, earlier this year.

Check out the dates below!