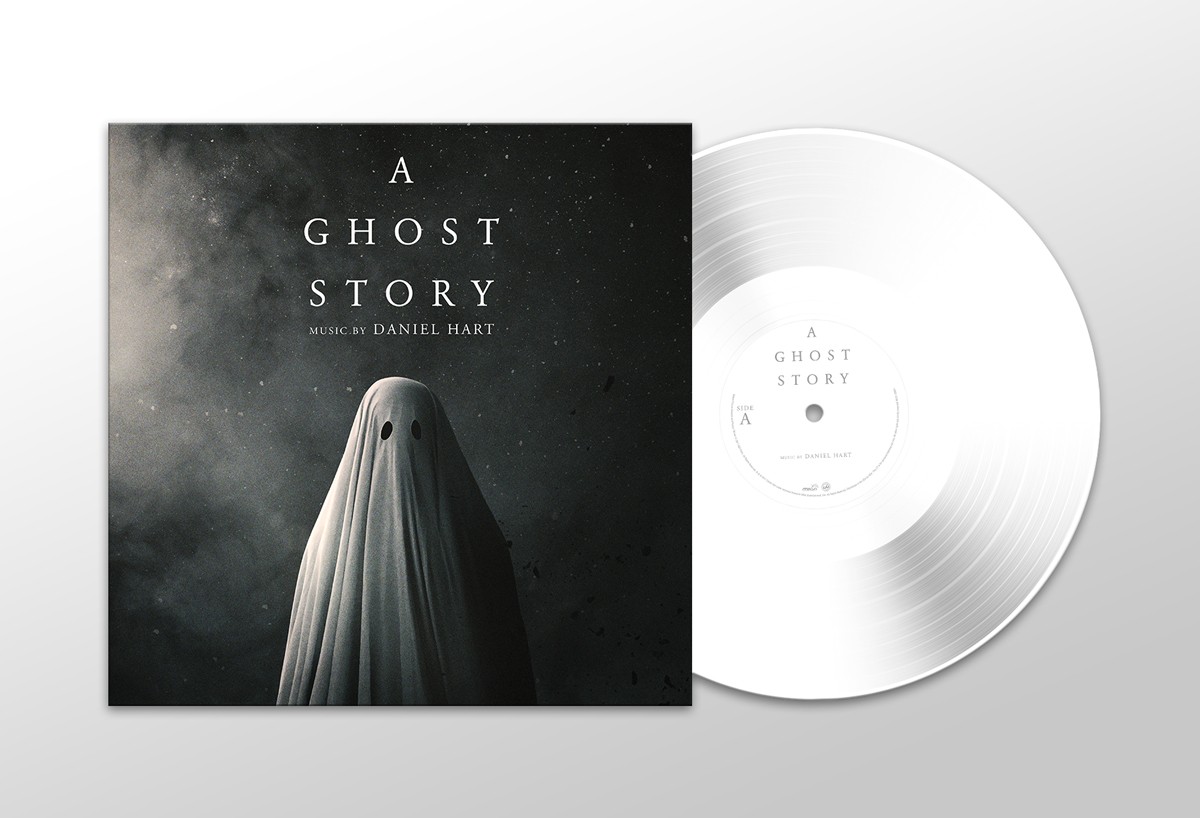 The Original Soundtrack for A Ghost Story (LP + Digital Bundle) is now available for Pre-order via Milan Records – set for release on July 14th, 2017 for the retail price of $22.98!

A Ghost Story is the new film from director David Lowery (Pete’s Dragon) starring Casey Affleck (Manchester By The Sea) and Rooney Mara (Carol). In this singular exploration of legacy, love, loss, and the enormity of existence, the movie follows a recently deceased, white-sheeted ghost returning to his suburban home to try and reconnect with his bereft wife.

The score to A Ghost Story was composed by Lowrey’s frequent collaborator Daniel Hart (Tumbledown). In his most ambitious work yet, Hart has crafted a score that is both astral in sound and cosmic in scope, making the overwhelming fear of eternity feel a little more manageable. “I Get Overwhelmed,” a gorgeous track by Hart’s band Dark Rooms, is treated to a prolonged play in the film and is featured on this release. The compositions created for A Ghost Story will haunt you long after the final credits have rolled.