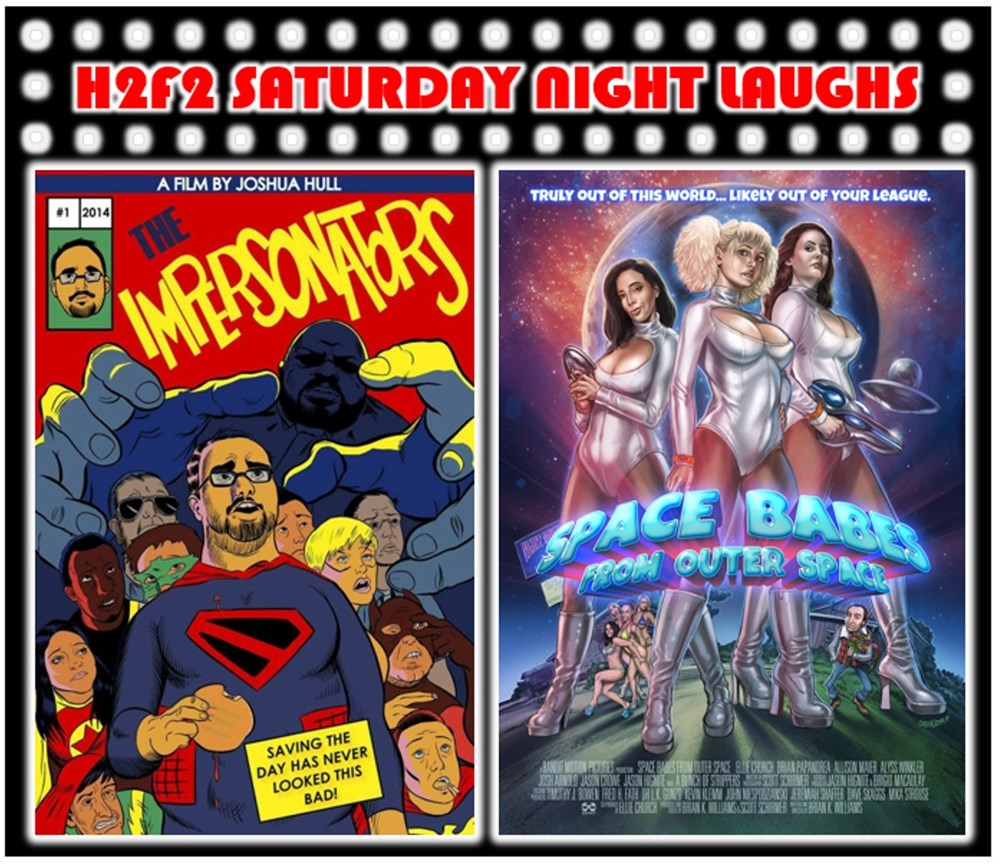 H2F2 has lost its mind ... and we want you to come along! HorrorHound Weekend (Sept 8 - 10 in Indianapolis, Indiana) is all about the horror; but, sometimes you have to cleanse your palate.  What better way than comedy?!  H2F2 Saturday Night Laughs is showing a nice pair ... of films.  The Impersonators and Space Babes from Outer Space both feature HorrorHound favorite Ellie Church as well as Josh Arnold from The Bob & Tom Show.  AND ... Ellie and Josh will be there to present both films! 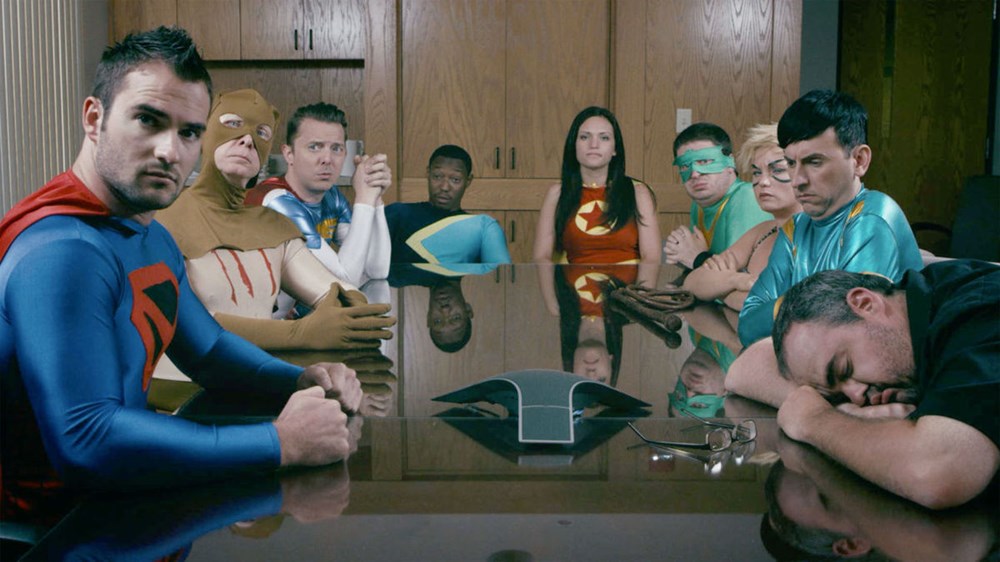 We are inundated with super hero movies. You can’t throw a rock without
hitting some ego-inflated,
internally-conflicted nihilist with really great hair. Don’t get me
wrong, I love super heroes. But, it
seems that we are running out of super heroes to make movies about.
Plus, it seems that by now,
most of the major cities have been completely destroyed. When did super
hero movies become
demolition-porn?

Give us our super heroes ... but, please, give us something with
substance, something with heart.
Could Joshua Hull’s The
Impersonators be THAT film? Well … no ... but, it’s a lot of fun and funny as hell!

To be honest, The Impersonators
really isn’t a super hero movie, nor is it a movie about super
heroes. It’s the story of an entertainment agency that specializes in
heroes-for-hire; kinda like birthday clowns in spandex. There are a variety of characters portrayed
by people who are either WAY too happy about playing their hero or are one step away from
harikari. But, what would happen if the entire troupe was hired for a public outreach campaign in small
town that was overrun by an evil crime lord? Will they cut and run? Or, will they step up and be
the heroes that their capes and cod pieces advertise them to be?

The Impersonators is
perfectly cast and brilliantly written by Joshua Hull and Josh Arnold
. However, it is very low budget. There are flaws with the
audio and cinematography; and, the editing could use some tightening-up. Regardless, you will
watch the entire thing from beginning to end because you will genuinely like the characters, it
will make you laugh, and you will want to know how it all ends. You may notice low-budget … what you will
remember is, that $#%@ was funny!

The next installment from Bandit Motion Pictures is truly out of this
world. Brian Williams and Scott
Schirmer, the guys who were responsible for films such as Plank Face, Harvest Lake, Found, Headless, and Time to Kill, take a
departure from the intense and often dark and morbid themes of their films.
What do you do after making films about cannibals, lake monsters,
serial killers, and revenge? The only
logical thing is an irreverent, sexy, sci-fi comedy.

Brian Williams has brought together all of the aspects of great 80s comedies. “It’s Barbarella
meets Screwballs, with a dash of
Splash, and tons of laughs,” says Williams. And, he even managed to
find a way to include some morsels of old-school horror in the mix. The best word to describe this film is
“gratuitous.”

Space Babes from Outer Space
tells the story of three gorgeous space travelers who encounter trouble
and need to refuel their ship. Thankfully, they land on Earth. Thankfully,
they meet a young, awkward, ambitious guy named Charlie. Thankfully, the thing they need to refuel
their ship is the one thing this planet has an abundance of … sexual energy. Shouldn’t be too hard,
right? Well, the only problem is the archenemies of the Space Babes, the Scrotes, are hot on their tails and
will stop at nothing until they get their fleshy little mits on the girls … any girls, for that matter. Can
the girls entice the needed energy? Can Charlie rise to the occasion? Space
Babes from Outer Space is bawdy, bloody, and boobilicious.