After six months of editing, post processing, and polishing, the iconic Albert Pyun is bringing his epic space odyssey, Interstellar Civil War, back to H2F2.  A computer glitch prevented the screening at the last film fest in Cincinnati, Ohio in March.  Now we will get to see the WORLD PREMIERE of the complete film from the visionary who created film like The Sword and the Sorcerer, Cyborg, and, Nemesis.  Interstellar Civil War is the most ambitious film of Pyun's career, who is publically discussing the physical ailments that are challenging his efforts. 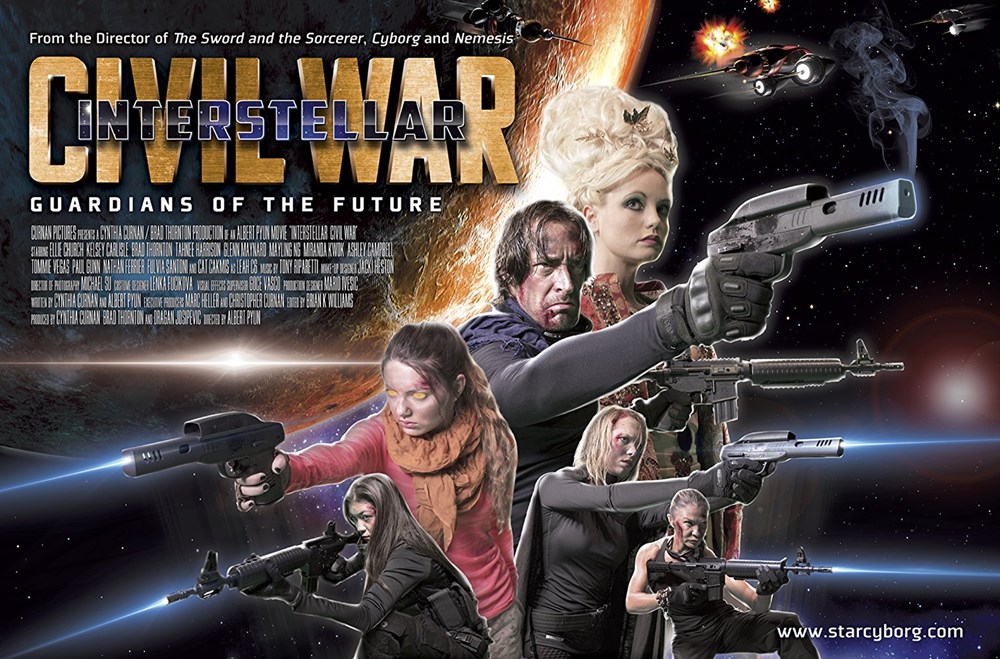 First and foremost, Interstellar Civil War is not some clone or copy of any Lucas project. (For some reason, any epic space drama post-1977 gets instantly run through the Star Wars filter.)  It is, as the title indicates, the story of political struggle and warfare. The arc of the film is much more inward, more cerebral. This is where Pyun deviates from his status-quo of brutal action films. Interstellar Civil War is not lacking in fight scenes, quite the contrary. However, the action is not the backbone of the film. HorrorHound fans will recognize local-favorite Ellie Church (Headless, Time to Kill, Plankface) as the Empress No-Bu.

The story behind this film is complex and sophisticated. Bring your thinking cap, and prepare for an enormous ride.