H2F2 - "The Mothman of Point Pleasant"

H2F2 - "The Mothman of Point Pleasant"

The
HorrorHound Film Fest (H2F2) is excited to announce the screening of The Mothman of Point Pleasant.  This is
the second film screened from Small Town Monsters. The Boggy Creek Monster was well
received at our last event. These filmmakers are doing something very
different, their documentaries look, feel, and low like a movie ... and, it's
obvious they love horror. 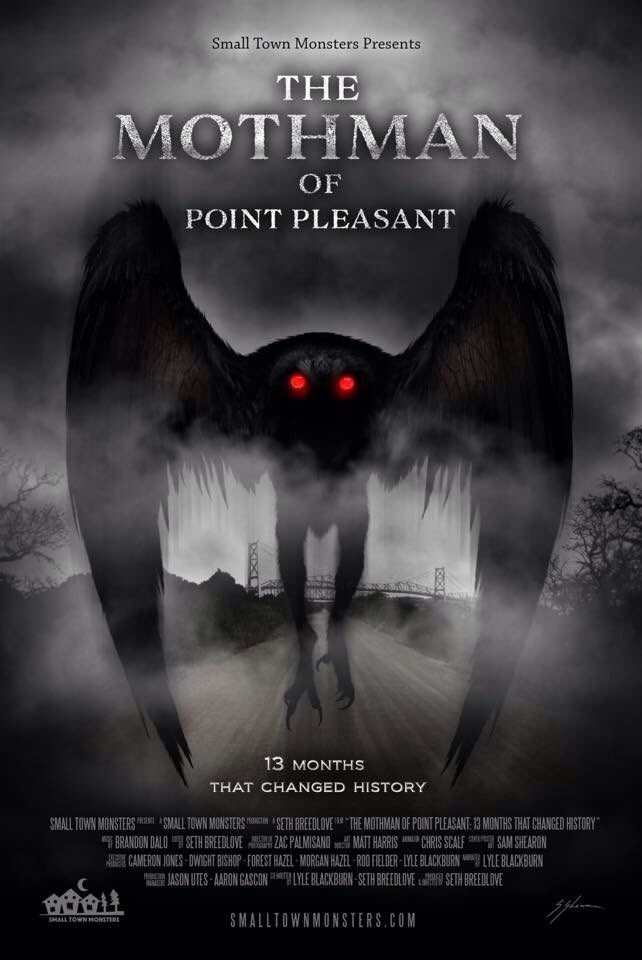 When
it comes to local legends, most folks approach tales of monsters and cryptids
with a heaping dose of skepticism. Maybe we like to tell ourselves that it’s
all just a bunch of silly nonsense – campfire stories to keep the kiddies from
sneaking out of their tents at night. But even as we chuckle and shake our
heads, that thought still gnaws at the back of the mind … what if?


Some
legends become a lot harder to dismiss when you find yourself face to face with
the people who know them best. The Mothman
of Point Pleasant is one such story. The latest edition of Scott
Breedlove’s Small Town Monsters series, the documentary delves into the macabre
history of Point Pleasant, West Virginia, the site of a bloody battle between
the Shawnee Indians and white settlers that many locals believe left the town
cursed.


Point
Pleasant has long been the site of odd occurrences, with sightings going back
decades of strange lights in the sky and a man-sized, winged creature that
tormented the townsfolk. These incidents were often accompanied by unfortunate
mishaps and natural disasters. But, it wasn’t until 1966 and ‘67 that the
legend of the Mothman reached a fever pitch, as sightings became more frequent
and terrifying, gaining national attention. When locals recount their personal
experiences from that time, their fear and emotions are still palpable, and
their earnestness is enough to rattle even the most hardened skeptic. Perhaps
most chilling of all, the rash of sightings became the prologue for one of
Point Pleasant’s most deadly disasters, the aftermath of which still resonates
to this day. The Mothman of Point
Pleasant goes beyond the bounds of your average documentary, weaving
newsreel footage, eye-witness accounts, and animated recreations in a brilliant
piece of storytelling.