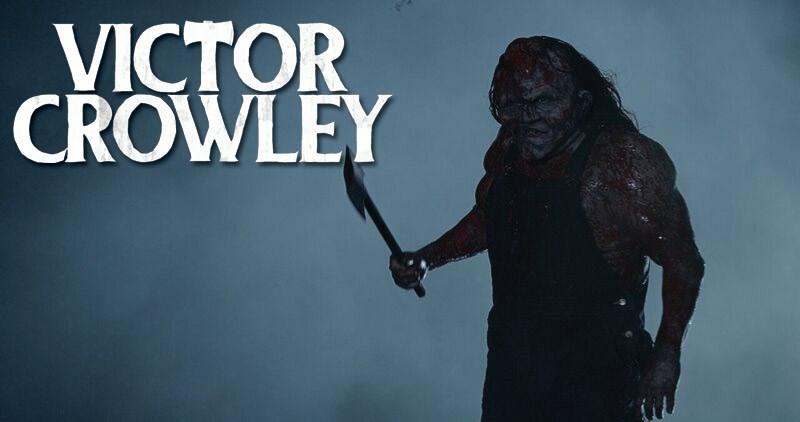 Earlier this week, Dark Sky Films and ArieScope Pictures shocked the horror world with their top-secret premiere of a brand-new Hatchet feature film (the screening was guised as a 10th anniversary screening for the original Hatchet). Titled Victor Crowley, the new film stars a returning Kane Hodder as the title killer – and is once again helmed by Adam Green.

The surprise fourth film in the Hatchet franchise unexpectedly debuted at Hollywood's ArcLight Cinema, shocking fans, celebrities, and industry professionals who gathered this evening to celebrate at an event coined as a "Hatchet 10th Anniversary Celebration." Set a decade after the events of the series' first three films, Victory Crowley reunites Hatchet mainstays Kane Hodder (Friday the 13th's Jason Voorhees) and Parry Shen (
Better Luck Tomorrow) for an all-new, horrifying journey into the haunted, blood-drenched bayou.

In 2007, forty-nine people were brutally torn to pieces in Louisiana's Honey Island Swamp. Over the past decade, lone survivor Andrew Yong's claims that local legend Victor Crowley was responsible for the horrific massacre have been met with great controversy, but when a twist of fate puts him back at the scene of the tragedy, Crowley is mistakenly resurrected and Yong must face the bloodthirsty ghost from his past.  The film's ensemble cast also features Laura Ortiz (2006's The Hills Have Eyes), Dave Sheridan (Scary Movie), and Brian Quinn (truTV's "Impractical Jokers").

Adam Green kept the project under wraps for over two years, and said the following, regarding the project; "I couldn't be happier to partner with Dark Sky Films and bring Victor Crowley back to horror fans around the world. Resurrecting the series for its tenth anniversary was our way of saying thank you to everyone in The Hatchet Army and beyond who have supported this series since its inception. This bloodbath is for all of you."
Victor Crowley will hit select U.S. theaters in October of 2017 as part of Dark Sky Films' "Victor Crowley Road Show", wherein writer/director Adam Green (and other cast) will travel with and introduce the film at special one-night screening events across America.