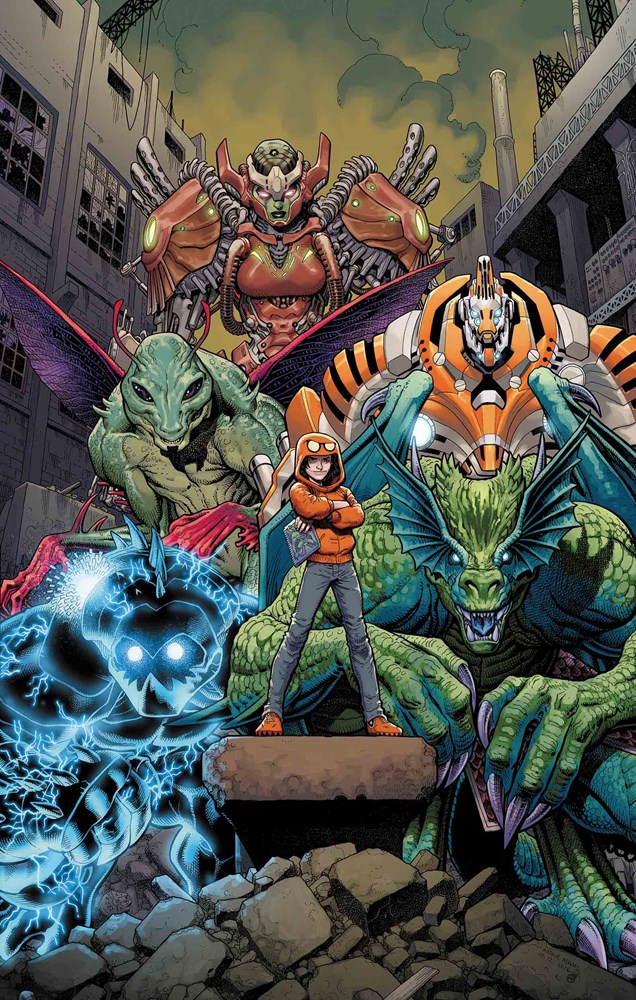 It's hard to find more exciting and colorful characters than those of the Marvel Universe. Marvel has long been home to mirth, mayhem, and monsters – and they continue this tradition with Monsters Unleashed, a new ongoing series which is a spin-off of the popular mini series. Cullen Bunn, known for his comedic writing in the pages of Deadpool is penning the series that aims to please any fan of colorful action and giant monsters.

The series follows Kid Kaiju, an 11-year-old boy with the ability to summon monsters just by drawing them, Elsa Bloodstone a monster hunter who also serves as Kid Kailua's bodyguard, and a group of five lovable monsters that Kaiju created. The monsters just want to protect the world from danger, and maybe have a little fun doing so. Unfortunately for this group, SHEILD and the heroes of the Marvel Universe think they may be too dangerous to be left alone.

It isn't too long before Kid Kaiju and company attract the attention of Marvel's most dangerous villains. The Leader, the Mad Thinker, Mole Man, and Mr.Sinister begin to hatch a plan to use Kid Kaiju's unique abilities for their own nefarious deeds.

Monsters Unleashed does a great job of bringing the "Monster Movie" feel to a comic book, and is refreshingly lighthearted compared to most horror-themed comic books. If you're a fan of B movies and giant monsters, this is a series for you.