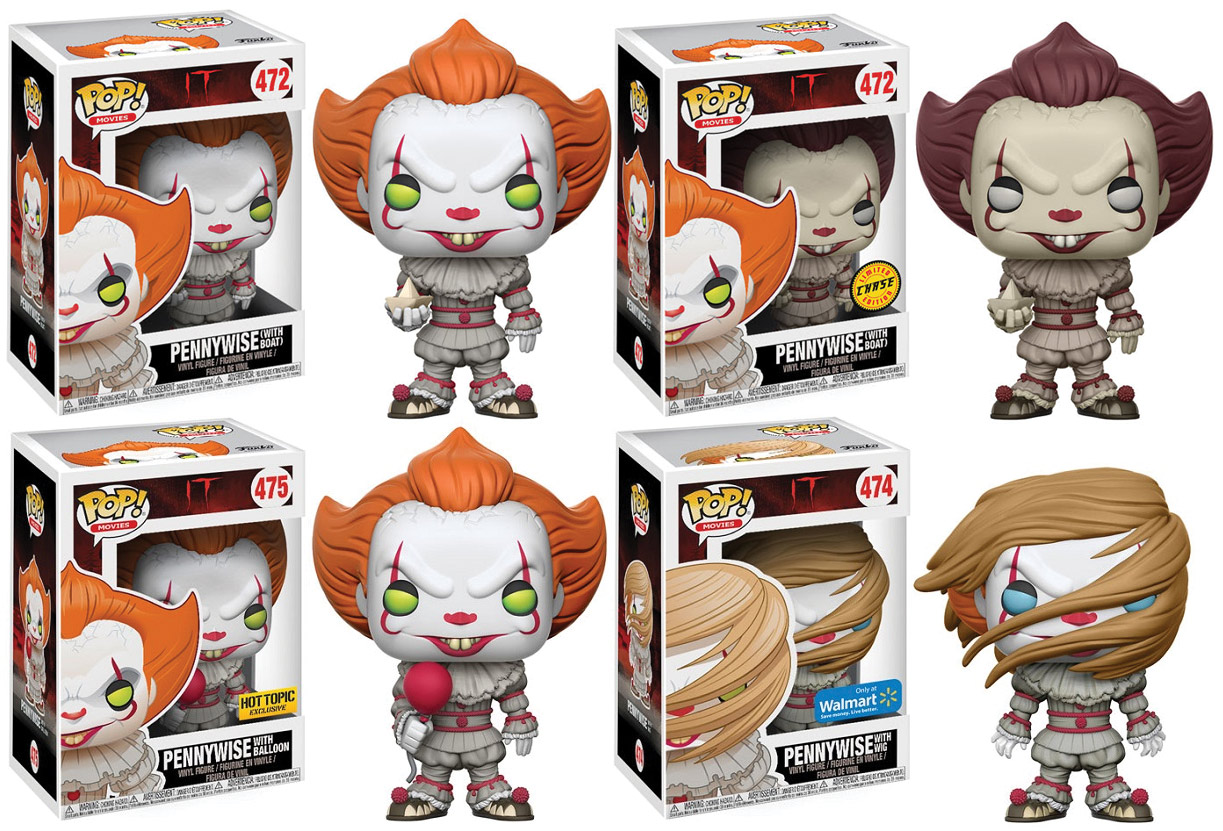 Right off the heels of SDCC, Funko unveiled new products for the upcoming supernatural horror film It, based on the Stephen King novel. The film, set for release on September 8th, takes place in the 1980s as a group of kids known as "The Losers' Club" as they are terrorized by a demonic being known as Pennywise. In anticipation for the upcoming film (which is already giving anticipated filmgoers nightmares), Funko has unveiled not one ... not two ... but four POP! variations of the film's shape shifting "evil clown," known as Pennywise. This Pop! vinyl release will include a standard figure (Pennywise holding a boat), as well as a sepia chase version (a 1-in-6 rarity)! If that weren't enough, Pennywise will also be available in exclusive editions at Hot Topic retailers (holding a red balloon), or at Walmart (with a flowing wig). Look for these figures hitting stores NOW!?!