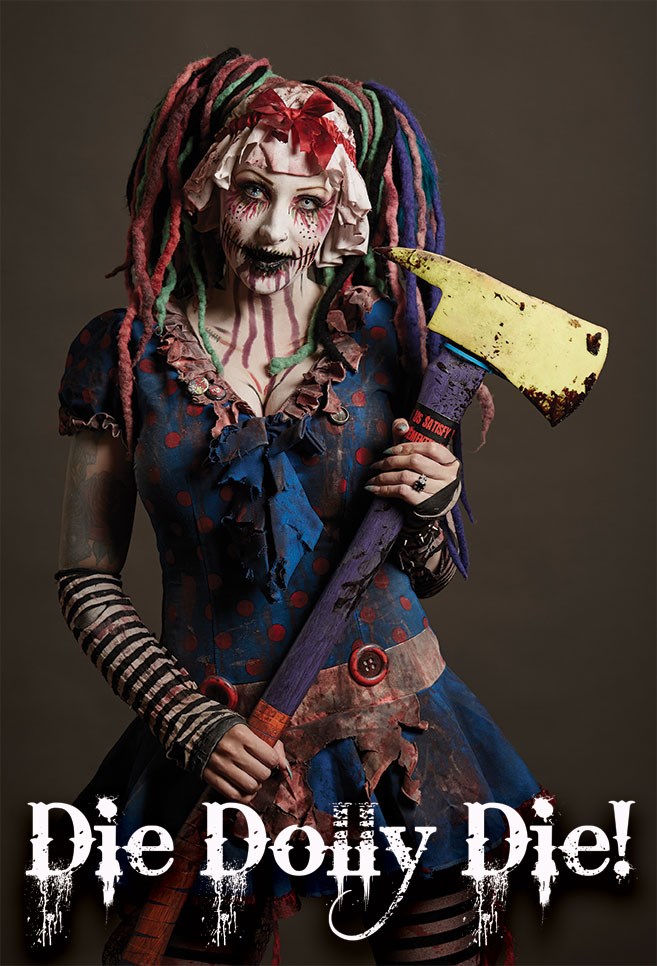 We are very excited to announce that everyone's favorite psycho, Raggedy Dead Ann, has filmed a new "Horror Host" event exclusively for HorrorHound – a 90 minute "Anthology-stylized" short films block titled DIE! DIE! DIE! This is a new concept for Virtual HorrorHound Weekend, and will take place on March 19th (5:55pm), as Raggedy Dead Ann introduces a slew of killer short films, such as The Tell Tale Heart, Mourning Meal, The Killer Across the Street, Hauschen - A Herança, and FReIGHT! Stay for the whole block, as Raggedy Dead Ann pop in and out with funny skits and other surprises!

About The Tell Tale Heart:
"Edgar Allan Poe's "The Tell Tale Heart" is considered the first Psychological Thrillers ever penned. He classic tale has been re-visioned in this gruesome, mind-bending, descent into madness."

About Mourning Meal:
"After the tragic loss of her son, Cheryl, a grieving mother, adopts a new philosophy, one that changes her outlook on life and grief. One where suffering has become a dear friend... that must be shared."

The Killer Across the Street:
"A paranoid, stay-at-home husband grows suspicious of his next door neighbor"

About Hauschen - A Herança
"A humble cottage in the woods, a young couple lost, and an old woodcutter with a story to tell."

About FReIGHT:
"A handyman arrives to his lost job... of the day? Certainly. Ever? Perhaps..."

The Virtual HorrorHound Weekend will stream March 19-21st on live.horrorhound.com – if you are a current HHW pass holder, you can participate in the festival for free(!!!) .... Tickets are available for purchase by visiting www.HorrorHound.com – and don't forget to check out our VIP merchandise package that comes with an all-new HH tee, glow-in-dark pin, and surprise autograph!