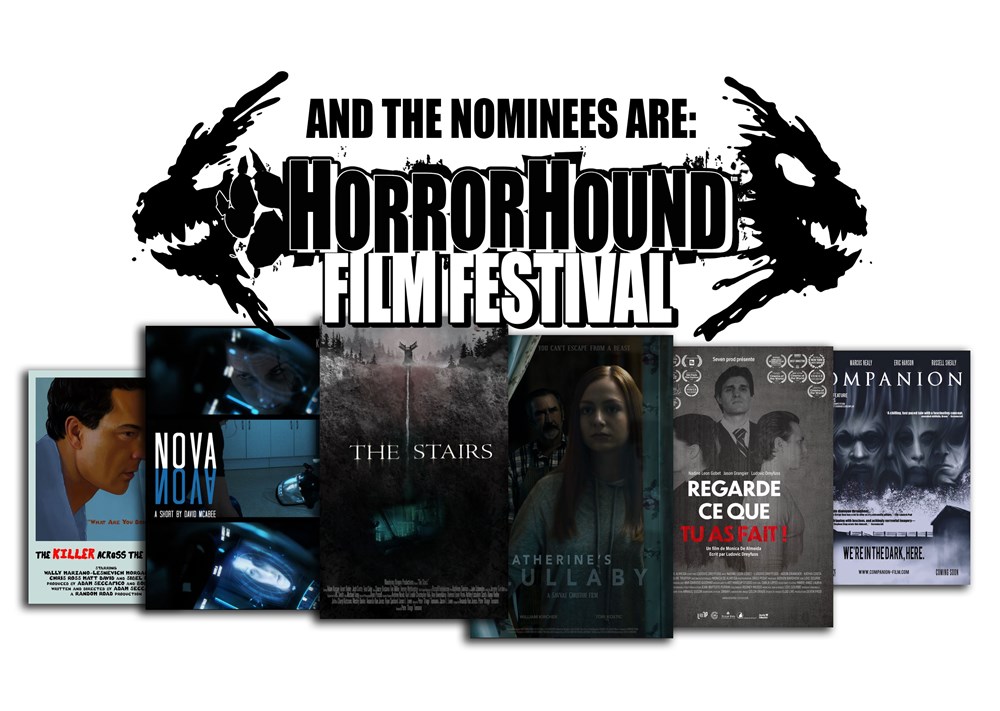 We are excited to announced the nominees for the Spring 2021 HorrorHound Film Festival awards! The following nominations include such categories as Best Directing, Writing, Performance, Writing, Cinematography, Sound Design, and Special Effects for both short and feature-length horror films. Additionally, we will be honoring Best Feature-Length Film, and Best Short Film – as well as Judge's Choice for Best Overall Achievement in Filmmaking. We are very excited by the quality of films submitted to this year's event and are thrilled at the chance to help shine a light on their accomplishments, in hopes of raising awareness of such quality horror filmmaking. The winners will be announced as part of the Virtual HorrorHound Film Festival Awards Ceremony on Sunday, March 21st, at 10pm at live.horrorhound.com. We hope everyone can tune it not only to see who takes home the top honors, but also throughout the entire event weekend, March 19-21st!

Best Special Effects Short Nominees:
Don't Wake Up in the Middle of the Night
Nova
The Guard Station
The Relic
The Taxi Dead
Zombie Walk

Judge's Choice Nominees:
Look What You Have Done!
Nova
The Killer Across the Street
Katherine's Lullaby
Companion
The Stairs

The Virtual HorrorHound Weekend will stream March 19-21st on live.horrorhound.com – if you are a current HHW pass holder, you can participate in the festival for free(!!!) .... Tickets are available for purchase by visiting www.HorrorHound.com – and don't forget to check out our VIP merchandise package that comes with an all-new HH tee, glow-in-dark pin, and surprise autograph!