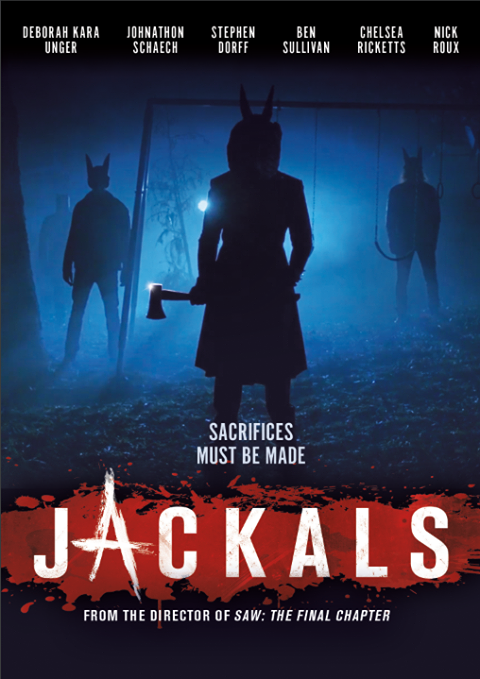 Shout Factory announced their latest new feature film set for release in limited theatrical release, as well as on-demand and digital: JACKALS. Produced by Tommy Alastra, Directed by Kevin Greutert and written by Jared Rivet, Jackals stars Deborah Kara Unger (Crash, Silent Hill), Ben Sullivan (Hell on Wheels, Stonewall), Chelsea Ricketts (Scream Queens, True Blood), and Nick Roux (Jane by Design), with Johnathon Schaech (That Thing You Do!, Arsenal) and Stephen Dorff (Blade, Leatherface). Set in the 1980s, an estranged family hires a cult deprogrammer to take back their teenage son from a murderous cult, but find themselves under siege when the cultists surround their cabin, demanding the boy back.

For more info head over to www.jackalsmovie.com.