What’s it about: A family must survive a post apocalyptic world taken over by creatures with ultra sensitive hearing. While being as quiet as possible, this family must deal also with underlying conflicts that strain their everyday life after an unexpected death and the coming birth of a new member to their family.

Why it deserves to be where it is: A Quiet Place was number one since its World Premiere at SXSW. The power of this film at each screening was incredible. The growing danger and panic that was felt inside me as I watched was heavy especially during the grain silo and birthing scenes. Written for Iowa and shot in New York state, it is a smart blend of sound design, stellar cast chemistry, characters you could connect with, fluid idea of communication, and tension built on taking away the crowd's safety blanket. On top of all that, having some very high profile action and horror producers of the last two decade to make this film may impact the landscape of horror perhaps even more than Get Out.

Stand out scene: With so much tension built throughout, the dancing scene between Lee and Evelyn.

2. Anna and the Apocalypse (Orion):

What’s it about: Anna is coming to the end of her high school career and is ready to make her own way after she graduates. Close to the holiday break, Anna and her friends wake to a zombie apocalypse that is spreading rapidly. As Anna and the survivors fight through the growing undead hordes, they must find a way out by any means necessary including song, dance, and maybe death.

Why it deserves to be where it is: This hybrid of musical, teen drama, holiday film, and undead horror is a modern masterpiece. Seeing Anna and the Apocalypse back at the 2017 Fantastic Fest, the passion and energy felt like Christmas morning. The film features an original songbook with a cast led by Ella Hunt and Paul Kaye. Kaye is especially great at the living embodiment of the Grinch in the human villain 'Savage.' More than just a song and dance post-apocalyptic Christmas card, the film’s choreographed dance numbers are full of life to counter balance the horror elements offering fans blood, guts, and laughs that pays homage to the late George A. Romero.

3. The Witch in the Window (Shudder):

What’s it about: An estranged father and son decide to restore an old home during one summer. Not knowing the past of the home, a curse grows stronger as they rebuild the once dormant and dark structure. With each day that goes by, the duo must not only find their place in the world but in each others life as the entity in the home gets stronger.

Why it deserves to be where it is: Quiet horror is here to stay. This kind of horror taps into the terrors around and inside of us. Filmmaker Andy Mitton is at the core of this movement. Recently co-directing Yellowbrick Road and We Go On, he returns with the powerful and frightening tale of The Witch in the Window. Taking place at an isolated home, the film's writing is so clever in using the curse surrounding the house as a tool to build up the father and son relationship. Such a simple story overall, the film is a master class in building atmosphere, forming character chemistry, and mood controlling light design. Emotionally driven from the first scene to the last, The Witch in the Window has two of the most frightening scenes of the year that are executed flawless.

Stand out scene: The first full appearance of the witch in the window.

What’s it about: This Halloween themed anthology follows a series of short stories pinned to a set of tombstones. As a delivery guy visits the graveyard and takes the time to read each one, the insane and evil mind behind these disturbing, morbid, and surprising tales moves closer to greet his reader. Featuring tales of sacrifice, jealousy, greed, Halloween candy, and more, 3 Dead Trick or Treaters is that bloody sack of horror you can't wait to get into.

Why it deserves to be where it is: Like The Endless on this list, 3 Dead Trick or Treaters is a proud product of DIY filmmaking. Taking years to fully bring to life, Langen and a small cast and crew were involved in every aspect of this anthology including the writing, directing, producing, design, composing, and so much more. A spectacle to see, Langen caters each tale to reflect the horror’s of history, themes of modern day, and the spirit of Halloween. Another project that has such simple and effective storytelling executed, 3 Dead Trick or Treaters expressionist influence highlights the episodes score, performances, and macabre sensibilities.

Stand out scene: The fondue segment. 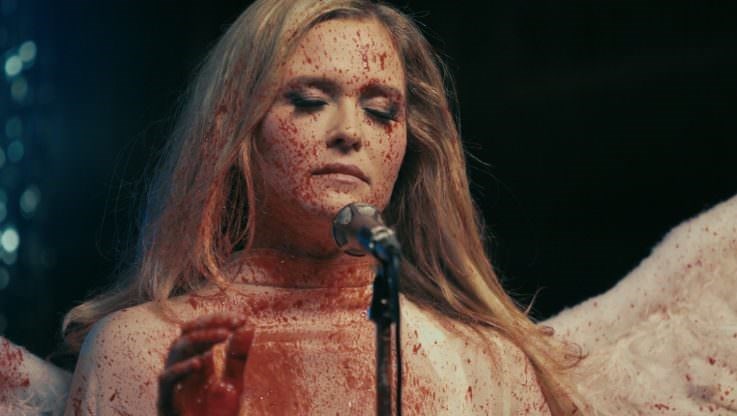 What’s it about: This modern fairy tale of revenge tells the bloody story about a series of characters including a pair life long friends, a leader of a revolution, hitmen, cannibals, an orphan, a god, and more against the backdrop of a revolutionary Europe.

Why it deserves to be where it is: Snowflake is such a wild ride! Whether you find different comparisons to films like Lowlife, Smoking Aces or Pulp Fiction, Snowflake stands on its own with a blend of luck, spirit, and a fearless story. Taking years to fully come together, this box of mismatched puzzle pieces that come together in the most surreal way does what it wants and succeeds. A big winner on the festival circuit, Snowflake’s revenge narrative allows room for characters to fully form and plenty of bloody violence to fill the screen. Containing some unexpected beats of humor, a philosophical edge, and situational dialogue that never allows any of the characters to feel one dimensional, Snowflake will surprise you and enchant you from the first moment to the last.

Stand out scene: Tan and Javid meeting the dentist for the first time.

8. What Keeps You Alive (IFC Midnight)