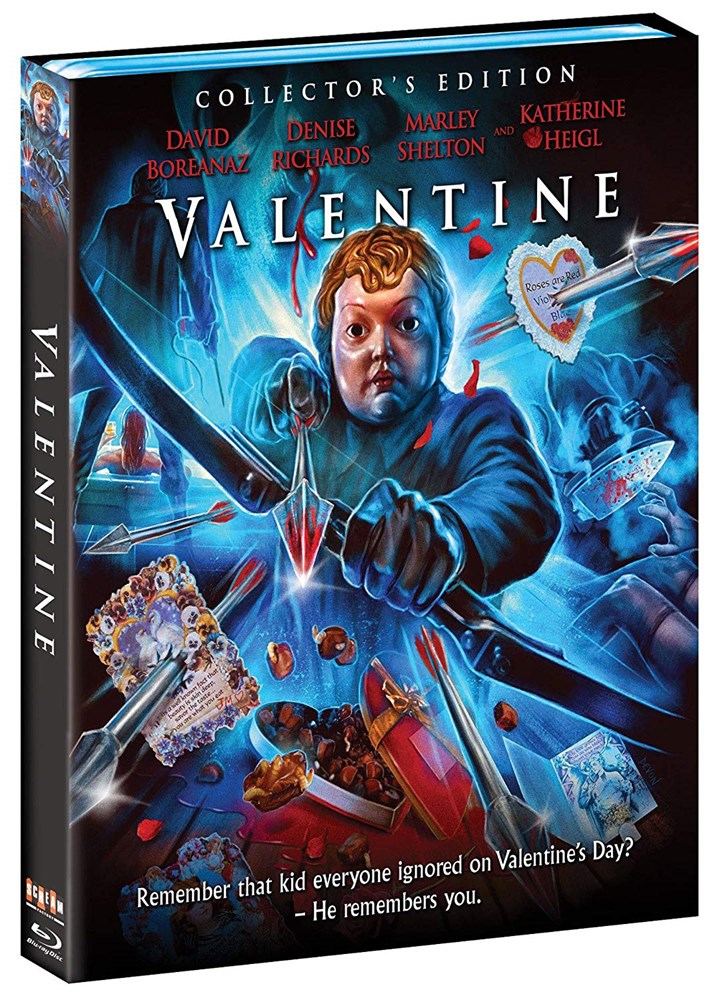 The 2001 teen-slasher Valentine is making it's Blu-ray debut this February 12th thanks to Scream Factory!

Valentine was released near the tail-end of the who-dun-it teen slasher craze (highlighted by Scream and I Know What You Did Last Summer) and stands as one of the more memorable titles from this era of cinema. Valentine was directed by Jamie Blanks (Urban Legend) and starring David Boreanaz (Angel), Denise Richards (Starship Troopers), Marley Shelton (Grindhouse), Katherine Heigl (Bride of Chucky) and more. Cards, candy and flowers are nice. But for fans of stalker-shocker terror, there's nothing like a Valentine.