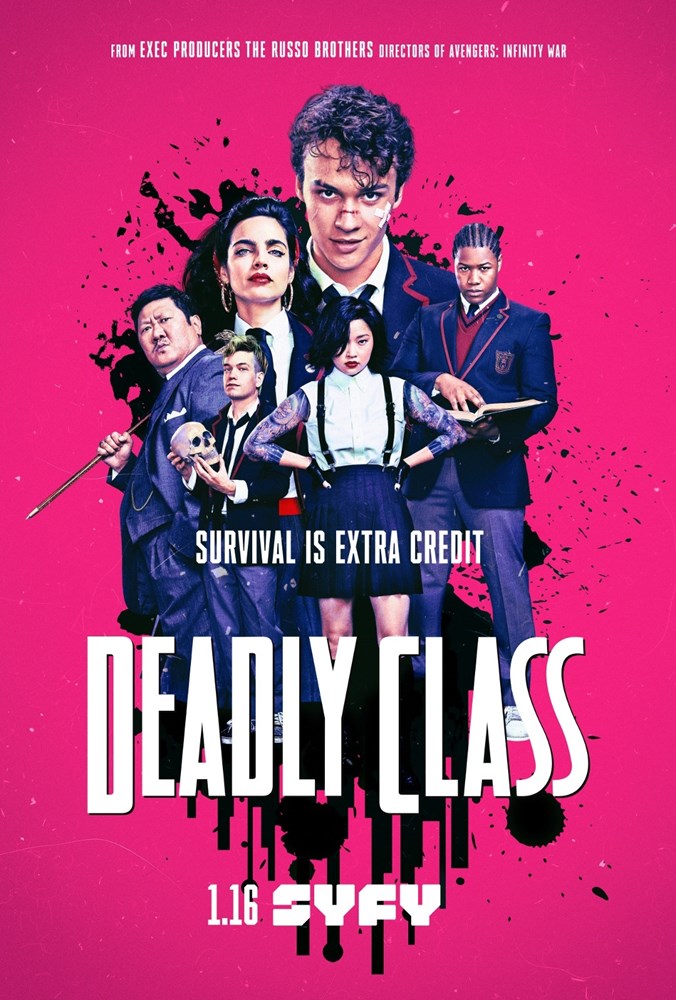 Henry Rollins is returning to television on January 16th thank to Syfy Channel's Deadly Class. Based on the graphic novel of the same name comes an unlikely coming-of-age story set against the backdrop of unsanitized 1980s counterculture. A homeless, disillusioned teen named Marcus is recruited into Kings Dominion, a secret academy for the Deadly Arts, where he struggles to find his place among a community of the deadliest characters in the world – literally fighting every day for survival. It is in this struggle he tries to find purpose and family in an unlikely group of outcast misfits who plan to use their skills to really change the world for the better... by breaking every rule there is.

The show was created by the Russo Brothers (Joseph and Anthony – the same Russo Brothers who directed Avengers: Infinity War), and stars Benedict Wong (Doctor Strange), Lana Condor, and Benjamin Wadsworth (alongside Rollins) ... the action/thriller may not be strict horror, however, the violence and nature of the programming should capture the attention of any HorrorHound. The fist episode (which premiered on December 30th in a special preview) was titled "Reagan Youth." Fun! Look for it to re-air, kicking off the series this January 16th.