Some of us from HorrorHound Weekend attended the 2018 Nightmares Film Festival this past weekend in Columbus Ohio.....and it was everything I've been told it would be.  First, the venue is amazing.  To be a chosen submission in this festival means your film will play in an actual theater and open to film festival attendees and the general public.

Second, Chris Hamel and Jason Tostevin deliver a festival that was fun, welcoming and a little magical.  They were on hand for every screening, either introducing the film or manning the Q & A afterward.  Jason and Chris also never stopped checking in with guests to see if they needed anything nor were too busy to stop and answer questions. 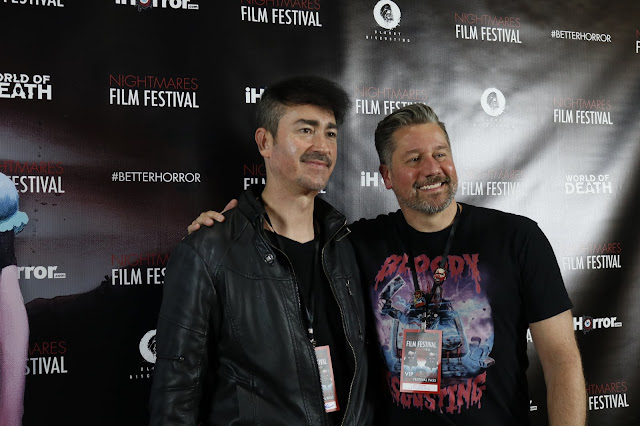 The filmmakers and VIP ticket holders mingled, talked shoppe and took pictures. Watching everyone interact was a pleasure.  Part of the allure of conventions and film festivals is meeting new people and catching up with old friends.  And did we meet a lot of new people.

As with any film festival, you can't see all the films you want.  However, the Nightmare Film Festival program makes it quite easy to plan your time and follow up about the films you didn't make it to.  Nightmares screened twenty-four features and well over 100 shorts throughout the four day festival  A detailed description of each film and when it screens is a nice touch for attendees. 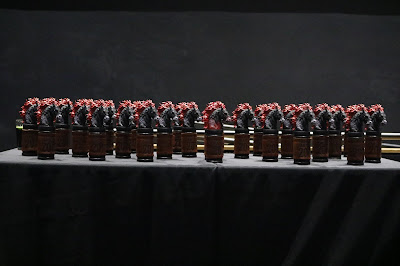 The Torpedo Room is a great area to sit and chat, grab a drink and have some food.  All the staff were as knowledgeable as they were helpful.  I have food allergies and they were able to recommend food as well and drinks, which saved me a lot of time as I was mad dashing to films.  The Torpedo Room also plays classic films on a bulls-eye submarine window.  It was pretty cool watching Creature From the Black Lagoon on it while we were there.

Finally attending NFF after three years of trying, I see why filmmakers and attendees are so in love with this festival.  If you have not attended or didn't make it this year, you can start planning now.  Next years film festival is slated for October 24th - October 27, 2019.  Hope to see you there!