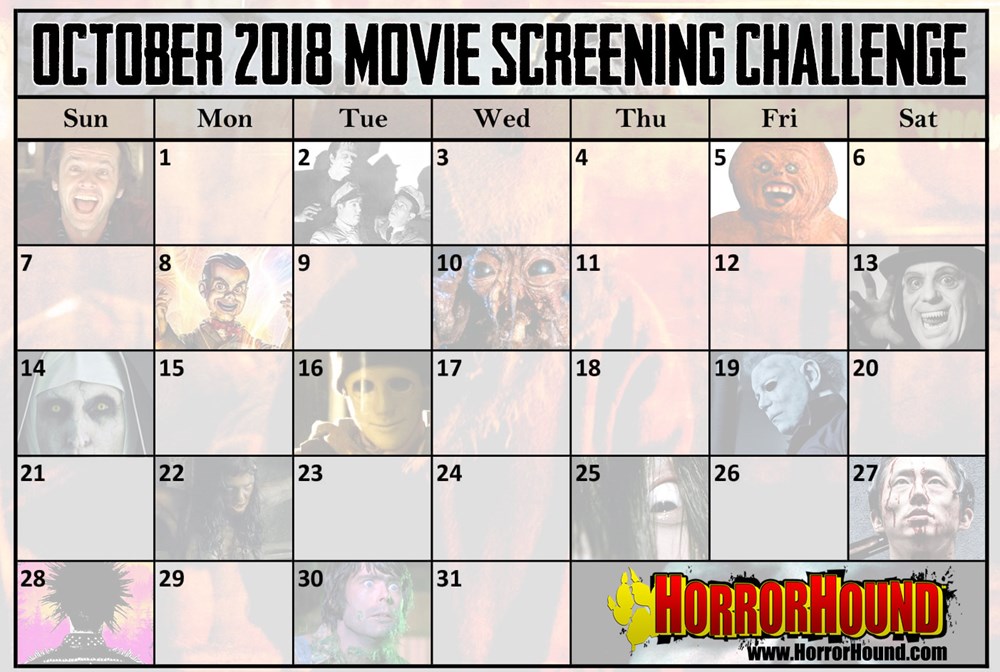 It's Back ... Once again, as we approach the haunting month of October, HorrorHound has been hard at work to produce our annual month-long movie challenge! For the fourth year in a row, we present a screening guide for how to plan out your spooky season! The challenge is simple: you to watch one horror film each day of October featuring the following plot devices, characters, or particulars .... what film you watch is up to you, as long as it involves the following each day:

This year we brought back a couple of our favorite picks ... but we also have a few oddball ones. Have fun with the list. *If you do not have the streaming services above – then watch a horror movie that features technology.