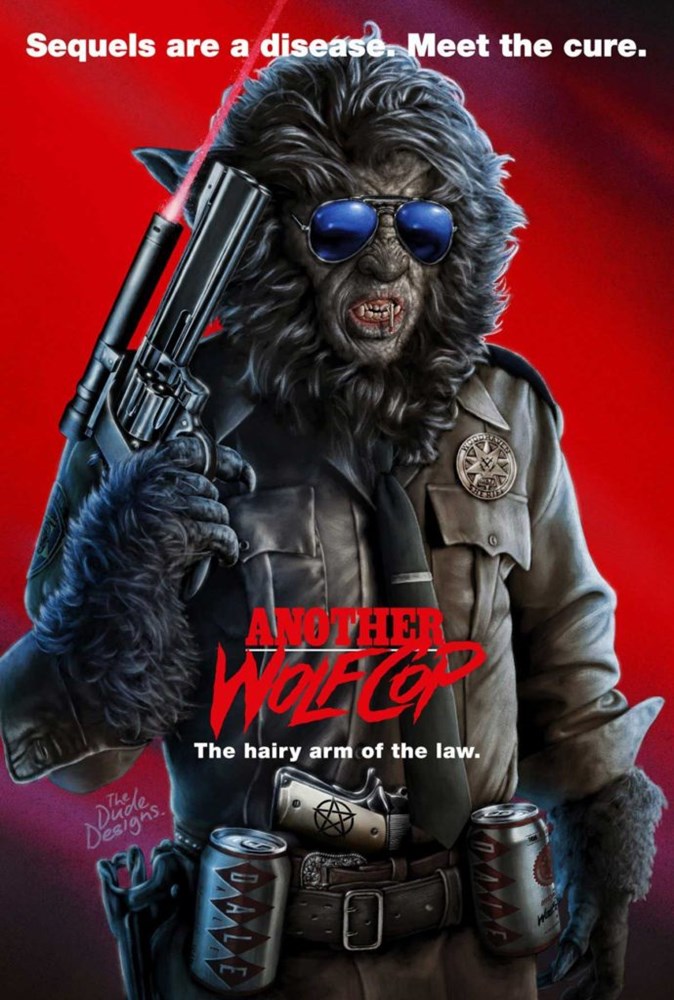 In 2014, horror fans were hit with grindhouse-style,
horror-comedy out of Canada called WolfCop,
written and directed by Lowell Dean. An alcoholic, smart ass, talking werewolf
cop, Satanists, a witch, and a Mad Max-style cop car … WolfCop had it all!

Four years later … FINALLY … Another WolfCop continues this brilliantly hilarious story. The sequel
deviates a bit from the grindhouse-style; but, that in no way impacts the film.
The writing is fantastic. I almost like the sequel better, and I love the WolfCop. But, everything really seemed
to come together in Another WolfCop.
The magic seemed to gel. We find out there are other were-creatures out there, the
story line is more complex, there are more bad-guys, AND, we find out, WolfCop
is packing some heat (look out Dirk Diggler!) … WolfCop full monty! 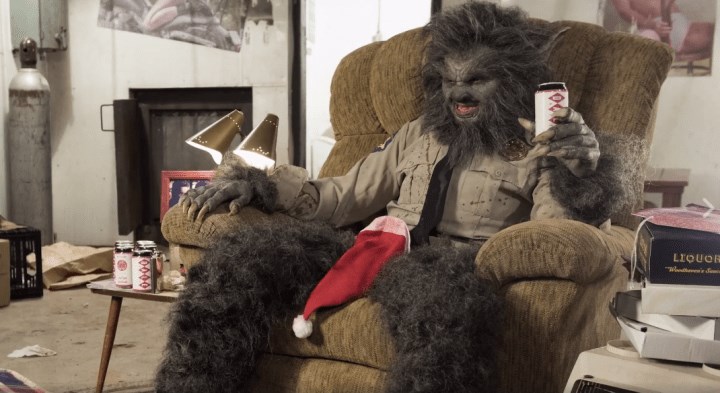 "Hangin' out" on the set of Another Wolfcop

Leo Fafard, the WolfCop himself, sat down with HorrorHound
recently to discuss Another WolfCop.

HorrorHound (HH): How long after WolfCop
were approached about doing the sequel?

Leo Fafard (LF): We started talking about the sequel almost immediately.
We knew the powers that be were working on putting together the funding for another
one, based on the immediate response from fans. The official offer to play the
role came about two years after. The was a bit of a pause before there was a
definite “go”.

HH: Were you ready to get “wolfed-up” again … was there any
pause?

LF: As soon as I saw the script and knew that they were
bringing Jonathan (Cherry) and Amy (Matysio) back … the old band back together,
cast and crew … it wasn’t a difficult decision. “You wanna fly to northern
Ontario and fuck around and party up there then fly down to Saskatchewan and
fuck around down here and do this crazy shit again?”Uhhh…yea…let’s do that again!
It’s like skydiving. Yea … that’s great … when can we do that again? Great, let’s
do it! 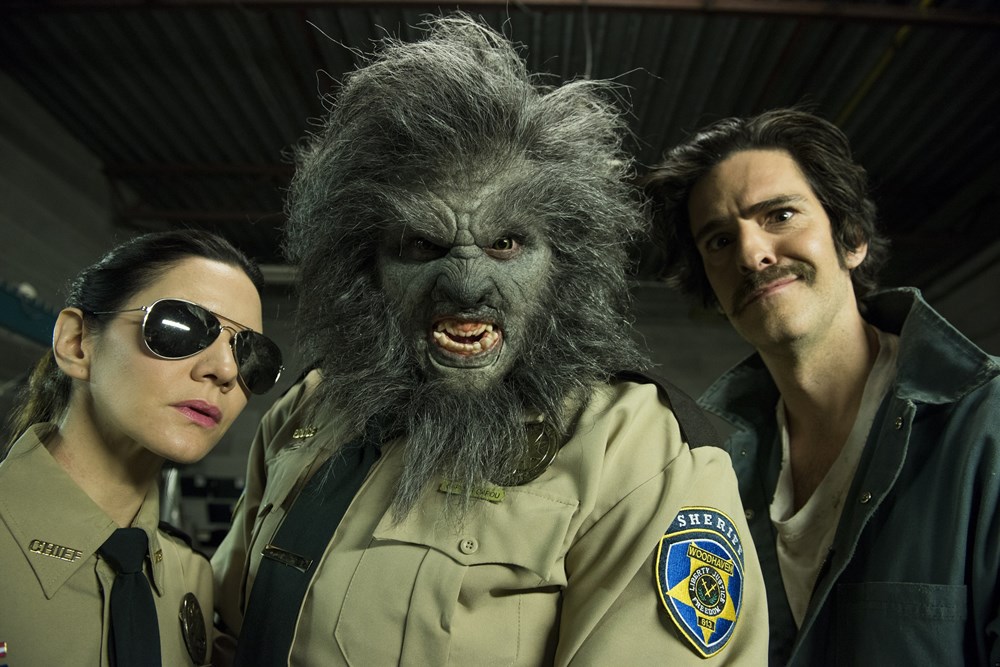 HH: How far did you get into it before you found out the
Kevin Smith was going to be joining the cast?

LF: It wasn’t immediate. They green-lit the film and I said
yes to the project a number of months before we went into pre-production. I would
say it was only a few weeks before we went into principal photography before I
found out Kevin Smith was going to be in the show. And then, I immediately was
like, who’s he going to be? Oh, cool, ok. So, I look through the script and
realize I had no scenes with this guy, what the fuck?! I mean, I was
disappointed; but, he was great for the show and he did an amazing job. He
brings so much energy to set. He’s so relaxed. He’s very professional. He’s humble
and great to have on set. He just brings this easy energy and humor to the
script. I really only met him a couple of times … me leaving set and him coming
to set. “Oh, hey Kevin.” But, it was great.

HH: How long does it take to get into the make-up?

LF: Emerson (Ziffle) has got it down to such a science. I typically
fall asleep when he starts cleaning my face and I wake up about an hour later
for final touches. It’s about a quarter of the time from when we did the original
film. About an hour and ten minutes and I am in make-up.

HH: Were there many changes in the make-up?

LF: There are some subtle differences around the snout. More
of a nose. The way he built the prosthetic was different. The face part was in
two pieces. The jaw was a separate piece.

HH: It looked like you had more range to get different kinds
of expressions.

LF: Part of that was it being in two pieces. Part of it was
he also thinned some of the places down so when my face changed the make-up
would do the same thing. 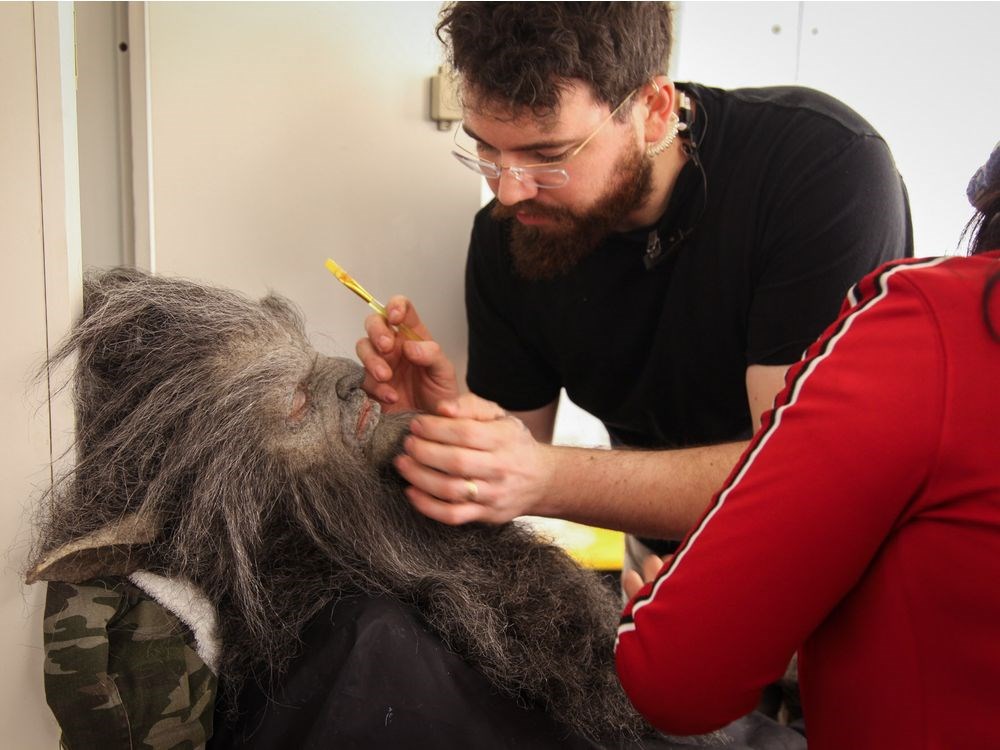 Leo Fafard getting wolfed-up by Emerson Ziffle for Another WolfCop

HH: It really seems like Another
WolfCop
was meant to be a gift to Canadians … all the hockey, the fact that
the Wolf Cop becomes a goalie, all the beer that’s consumed, and … I know that
Kevin Smith is from New Jersey, but, he’s kind of become an adopted Canadian
with his True North Trilogy.  Was this
meant to celebrate Canada or was it more of a Strange Brew-use of Canada as a parody?

LF: In the first one we wanted to keep it Canadian; but, the
executives were like … well, it’s hard to sell Canada as a place that makes
good genre movies, which is a fallacy because we make FANTASTIC genre films in
Canada. We’re the kings of low-budget movies! So, in the first one we played by
the rules for marketing, making sure it would be a success or at least not
shoot itself in the foot for being too Canadian. (Never go full-Canadian?) The thought
was, this may be the last WolfCop
ever made … but, we know there’s interest out there. We’re going to throw caution
to the wind and we’re going to Canadian-it-up a bunch. It was intentional. These
are things we are proud of … the hockey, the beer, the off-the-wall weirdness.
So, why hide it? 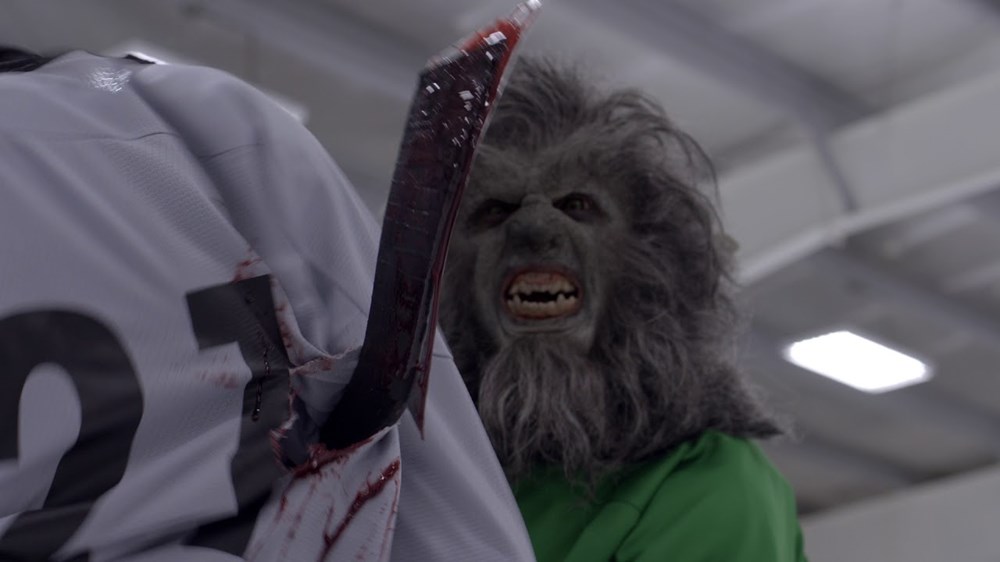 The WolfCop (Leo Fafard) defending the goal in Another WolfCop

If the first WolfCop
rendered this sequel … then, Another WolfCop
will definitely will render a franchise!

Be sure to check out the trailer for Another WolfCop!

Another WolfCop will be available from RLJE Films on DVD,
Blu-ray, and Digital Video on July 3, 2018. BUT … HorrorHound is offering a
very special. The first person to submit the correct answer to our trivia question
will receive their own WolfCop WolfPack
which includes Blu-rays of the original WolfCop
and Another WolfCop. Submit your
answer to jasonhi@horrorhound.com for the following question:

Can you name 3 movies that include a werewolf that talks? 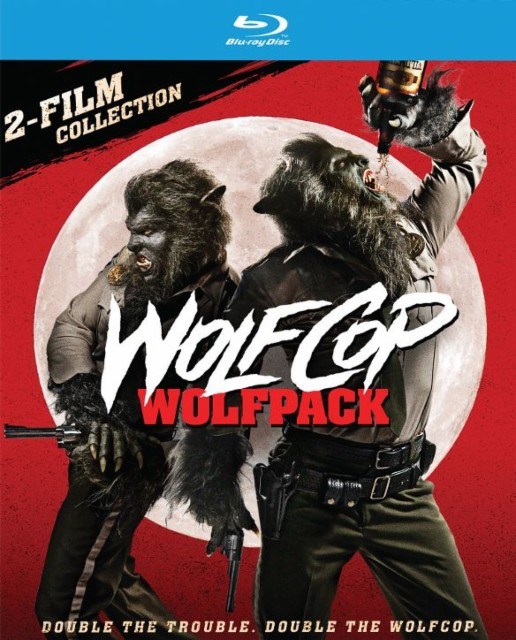