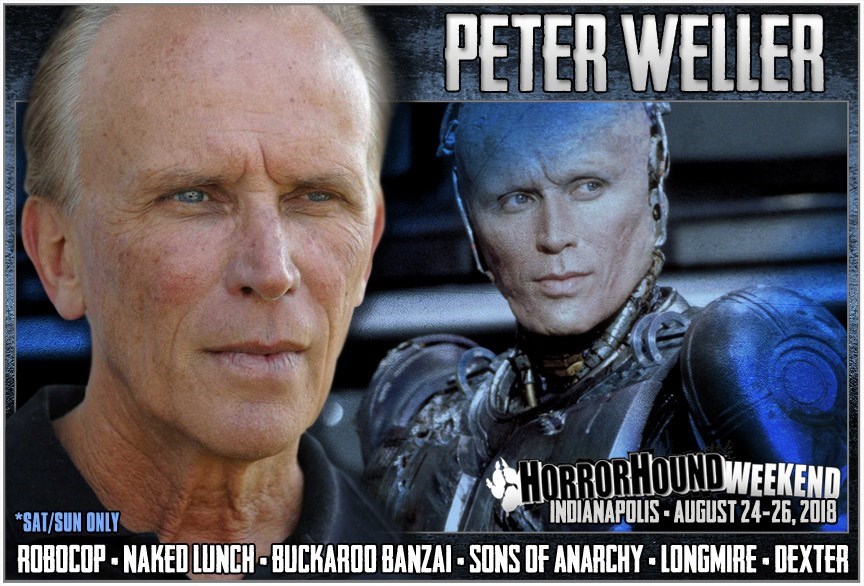 HorrorHound Weekend: Indianapolis returns this AUGUST 24-26th – and the show is moving to an all-new location – in the heart of downtown Indianapolis at the beautiful JW Marriott Indianapolis, where we will be taking over an astounding 90,000 square feet of ballroom space, including the largest-ever Mask-Fest event to date! As part of this big move, we have some big announcements in store .... the most important being that ticket pre-sale launches this Monday - April 16th!

As part of Monday's pre-sale launch, we will be offering a special 24-hour sale, where you can pre-order Weekend Passes, Weekend Early Entry, and VIP for a discounted price ... the lowest possible price at that! (Seriously ... in this industry ... Monday's sale is crazy low!) So be on the lookout for that! Until then, we will be populating www.horrorhoundweekend.com with all new information, including hotel information, vendor information, and more! It will be a non-stop parade of updates. But the updates we know everyone is waiting for are guest reveals!

We kick things off with a legendary actor, who is scheduled to make his HorrorHound Weekend premiere ... the accomplished PETER WELLER!

Peter Weller is well known for his portrayal as "Officer Alex J. Murphy" in the 1987 sci-fi/action classic ROBOCOP (and the 1990 sequel, RoboCop 2). But Peter Weller has a litany of additional cult classic credits, including David Cronenberg's phenomenal NAKED LUNCH ... or the trippy 1984 adventure film THE ADVENTURES OF BUCKAROO BANZAI ACROSS THE 8TH DIMENSION! Some of Peter Weller's earlier works include such film as the overlooked horror gem, Of Unknown Origin ... 1989's Leviathan, Shakedown, Screamers, or the Woody Allen film, Mighty Aphrodite.

In recent years, Peter Weller has made some impactful appearances on television, including a role on Showtime's DEXTER, or the hit Fox series 24. He played the character of "Charlie Barosky" in Sons of Anarchy, and most recently has a recurring role on the A&E series Longmire. Weller voiced Bruce Wayne/Batman in the animated films The Dark Knight Returns, Parts 1 and 2. He also appeared on Star Trek: Enterprise before landing a role as a pivotal character in the JJ Abrams feature Star Trek film, Into Darkness.

Peter Weller has also made a nice career for himself as of late directing in the world of television. On top of shows like Sons of Anarchy and Longmire, Peter has helmed various episodes of television – including shows like The Strain, Under the Dome, Salem, The Last Ship, Hawaii Five-O, Justified, Tyrant, and House. *Peter Weller will be in attendance at HHW for Sat/Sun Only.

We will be announcing more guests in the coming days ... weeks ... and months ... so be sure to keep an eye on www.horrorhoundweekend.com and the official HorrorHound Weekend Facebook as time ticks on!