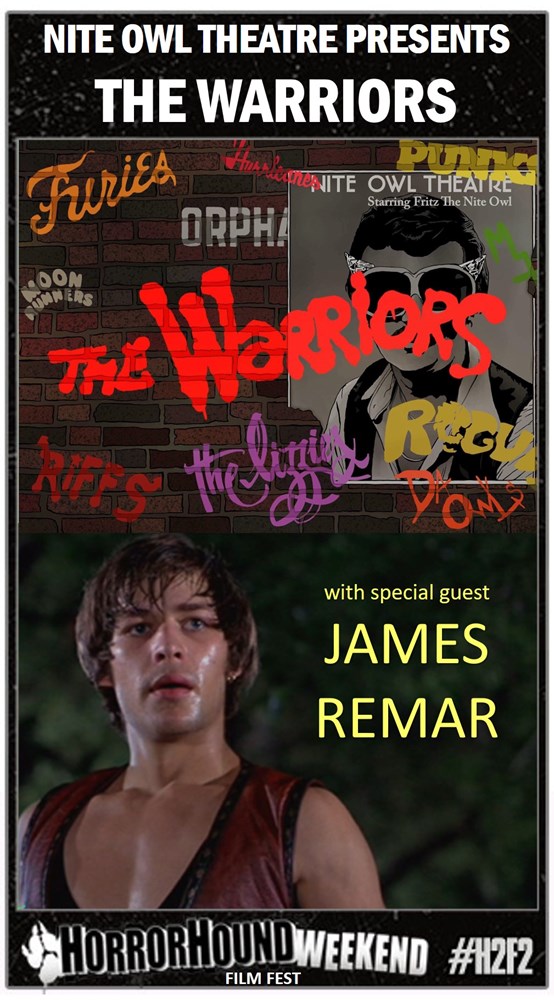 The HorrorHound Film Fest (#h2f2) is proud to once again welcome the king of late nite, seven-time Emmy Award-winning, Fritz the Nite Owl, as Nite Owl Theatre presents The Warriors, the 1979 cult classic from director Walter Hill. James Remar will be present to help introduce this iconic film that launched the urban-terror subgenre (Escape from New York, The Purge franchise, Parasites, etc.), hosted by an Ohio legend of late-night television.

The Warriors  – In the near future, a charismatic leader summons the street gangs of New York City in a bid to take it over. When he is killed, The Warriors are falsely blamed and now must fight their way home while every other gang is hunting them down.