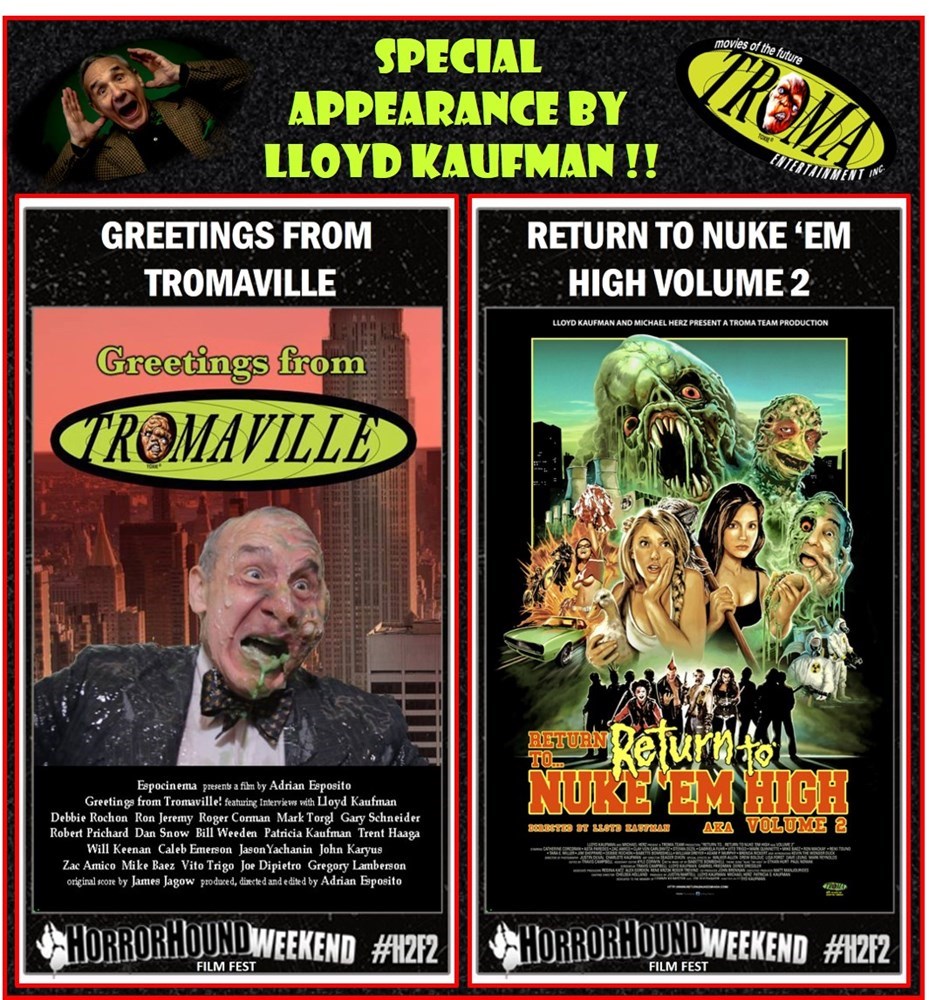 The HorrorHound Film Fest (h2f2) is excited to bring the Doc of Schlock, the Wizard of Weird, and the King of B-Movies ... Lloyd Kaufman, founder of Troma Entertainment. We will be presenting two new films as part of the film fest GREETINGS FROM TROMAVILLE and RETURN TO NUKE 'EM HIGH VOLUME 2!  Lloyd will be there to introduce each film.  Be sure to watch for the official film fest schedule, coming soon.  The HorrorHound Film Fest is part of HorrorHound Weekend, March 23-25, 2018, in Cincinnati, Oho.

GREETINGS FROM TROMAVILLE!  –  a documentary by Adrian Esposito

Greetings from Tromaville! follows the history of Lloyd Kaufman and Troma Entertainment. Lloyd, along with his partner Michael Herz, founded Troma in 1974. Troma is an independent film company that has produced edgy, bold, humorous, and sometimes “over the top” films for more then 40 years.

Return to Nuke 'Em High: Volume 2 is the continuation of Lloyd Kaufman's inspired two-part indie event film. Lauren and Chrissy, two lesbian lovers, must face and defeat the most corrupt and evil forces ever to descend upon Tromaville... and the world!