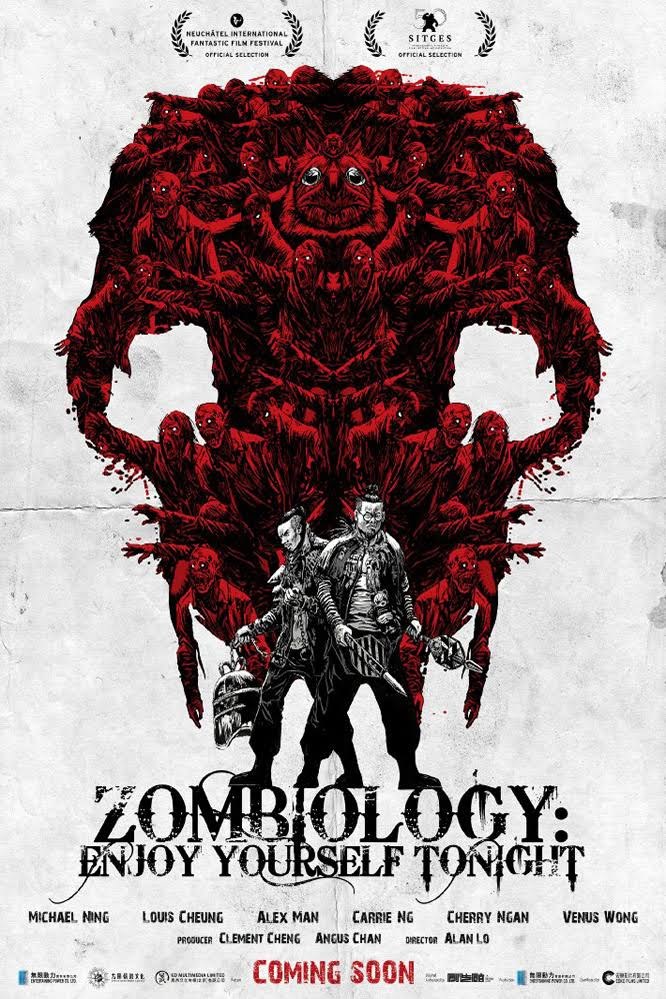 Zombiology: Enjoy Yourself Tonight is a zombie-horror-action-comedy hailing from China and directed by Alan Lo. The film follows two eccentric young men Lung (Michael Ning) and Chi-Yeung (Louis Cheung) who dress like superheroes from anime which the influence bleeds off particularly in the film’s exciting intro. The duo run around dreaming of kicking monster ass with a third team member, Chan-Yat (Cherry Ngan), who Chi-Yeung is head over heels for. Lung is dealing with family issues as his, recently out of jail, father has been harassing his depressed mother Shan (Carrie Ng). Things take a turn for the worse, however, as a giant chicken mascot is terrorizing the city and turning the population into zombies. The chaos begins just as family drama is ripe. 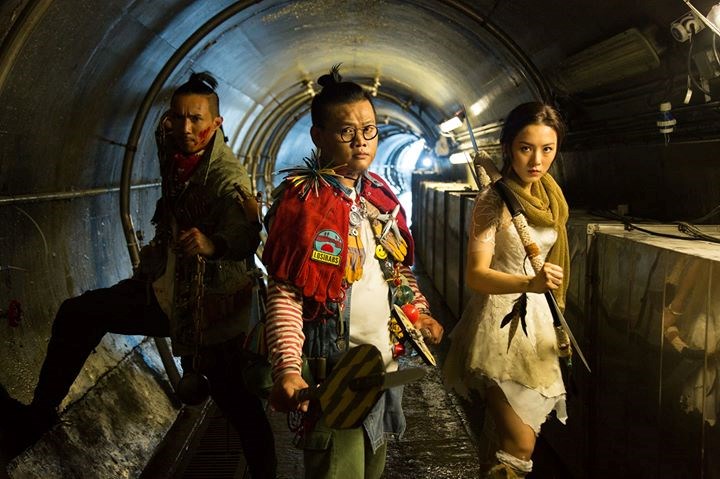 Can Lung and Chi-Yeung save their friends and family before being turned into the undead? Zombiology: Enjoy Yourself Tonight is a lot of fun. The film’s over stylistic camera work, eccentric costumes and cool special fx keep the film engaging. It takes a while to get to the zombies; but, character development goes a long way and this film delivers it. (It's important to care for the characters at stake before the epidemic begins.) There's some especially funny moments, one in particular is with the Noodle Man who really is determined to impress Shan by trying to get her to taste his food no matter what.

The film is really out there with the design of its Chicken antagonist and the plot. If you’re a fan of Kung Fu Hustle and Kung Pow: Enter the Fist, you’ll enjoy Zombiology: Enjoy Yourself Tonight  (available February 23rd on VOD from Dread Central Presents).