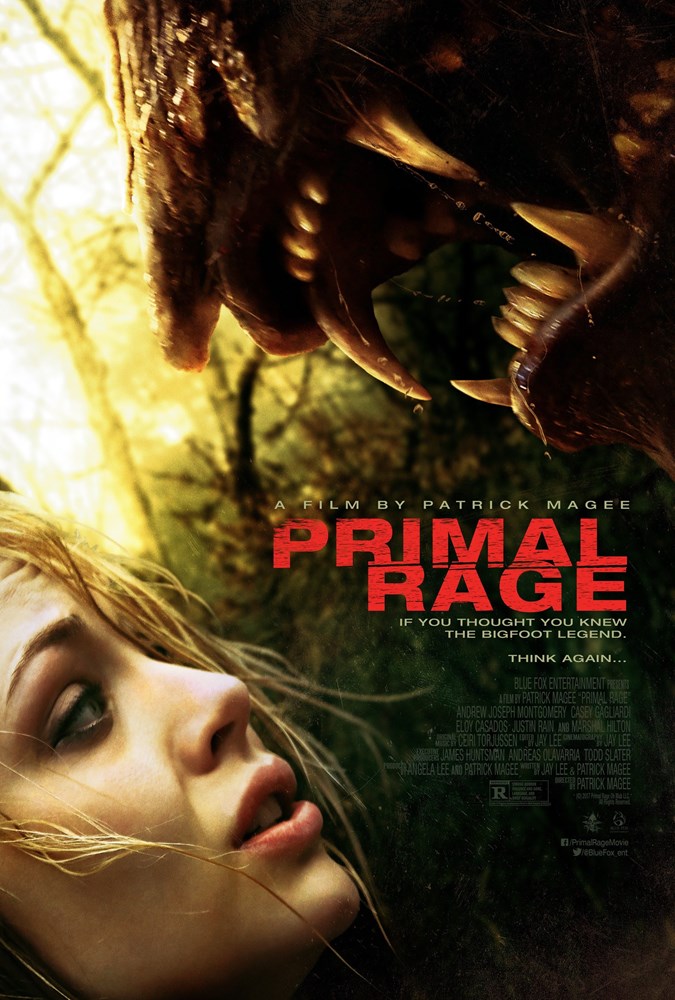 It was announced that Fathom Events and Blue Fox Entertainment will be bringing PRIMAL RAGE back into theaters for one night only across the U.S before its eventual home video release. Lost deep in the forest of the Pacific Northwest, Ashley and Max Carr are stalked by a terrifying creature that might be Bigfoot.  Soon they find themselves embroiled in a strange land of Native American myth and legend turned real.  Hopelessly trying to survive, with a handful of unsavory locals, they must fight back against this monster in a desperate battle of life or death.

If you thought you knew the Bigfoot legend, think again as Fathom Events and Blue Fox Entertainment are set to bring Primal Rage – Bigfoot Reborn to movie theaters nationwide on Tuesday, February 27 at 7:00pm local time. Directed by special effects master Patrick Magee (Men in Black 3, Spider-Man, AVP: Alien vs. Predator), the movie follows a newly-reunited young couple as their drive through the Pacific Northwest turns into a hellish nightmare. After viewing the bloodcurdling feature, moviegoers will be treated to an exclusive Q&A and behind-the-scenes look at the making of the film with Magee and producer Angela Lee, hosted by a special guest. Additionally, attendees will receive a free commemorative mini poster (while supplies last).