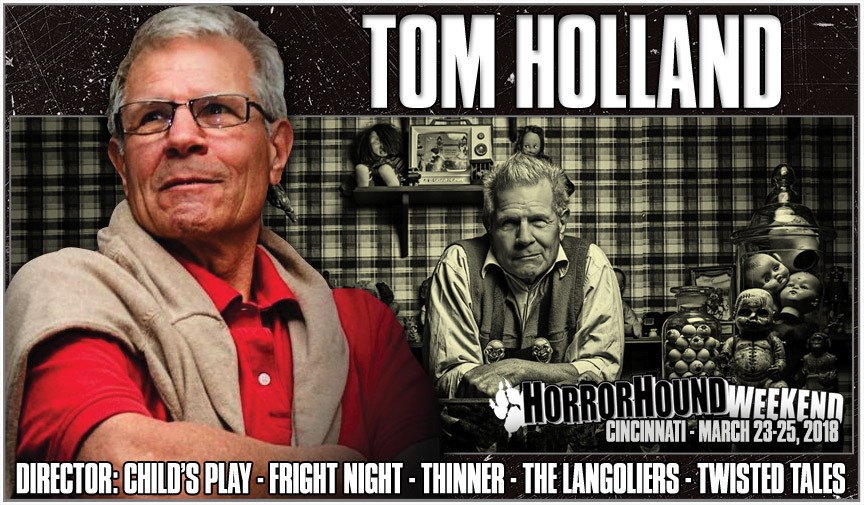 We are presenting a week-long run of new guest reveals here at HorrorHound.com and on HorrorHoundWeekend.com and our social media entities .... As part of these announcements, we are thrilled to announce a set of Child's Play alumni who are set to attend HorrorHound Weekend: Cincinnati – March 23-25th (at the Sharonville Convention Center)!

First up is Tom Holland - director/writer/actor - who is most well known for directing both 1980s classic horror films Fright Night and Child's Play! Beyond these two iconic films, Tom has directed The Stranger Within, Fatal Beauty, The Temp, The Langoliers, Thinner, Two-Fisted Tales, Masters of Horror: We All Scream for Ice Cream, and Twisted Tales. Tom also filmed three episodes of Tales from the Crypt, including Lover Come Hack to Me, Four-Sided Triangle, and King of the Road. As a writer, Tom penned the screenplay or story for such films Class of 1984, Psycho II, Cloak & Dagger, Twisted Tales – plus Child's Play and Fright Night. And as an actor!? Tom can be seen in such films as Hatchet II, Psycho II, The Langoliers, Twisted Tales, Changes, and many more. 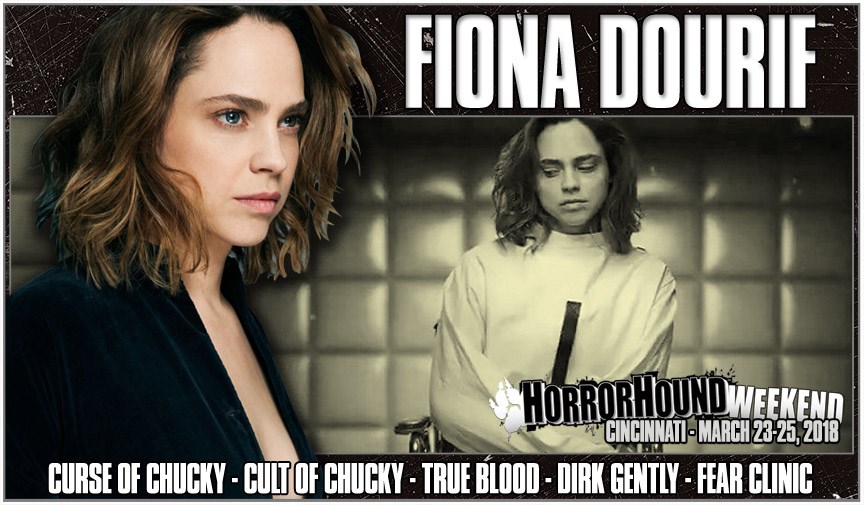 Next up is Fiona Dourif – a name that's been making a splash in the horror genre as of late with roles in such TV series as True Blood and Dirk Gently's Holistic Detective Agency – not to mention her role as "Nica" in the Child's Play franchise, starring in both Cult of Chucky, and Curse of Chucky. Fiona can also be seen in such films as Fear Clinic, Safe, Blood is Blood, Arbor Demon, The Master, and the TV series When We Rise, Shameless, and Deadwood. Fiona joins her father, Brad Dourif, for a special Child's Play franchise "reunion" where Alex Vincent (and Tom Holland) will also be in attendance.