Nothing like quiet horror. Horror that creates a soundscape of its own. A story that pays homage to its influences but finds its own voice. One that offers a simplicity overall but takes you on complex ride without hype or exploitation. The Transfiguration is masterful and the best of 2017. The debut feature for Filmmaker Michael O’Shea focuses on a young man named Milo (Eric Ruffin) who believes that he is a vampire. Upon meeting a visiting young woman named Sophie (Chloe Levine), his life is changed forever with themes of redemption, discovery and survival interwoven. At times vicious genre film and at other times a portrait of heartfelt life that is magic, The Transfiguration connects on so many levels with really doing so little other than creating captivating cinema. Experienced and matured beyond their years, the cast, crew and O’Shea create a believable masterpiece giving us the dark love letter against the canvas of the at-risk heart of the city. 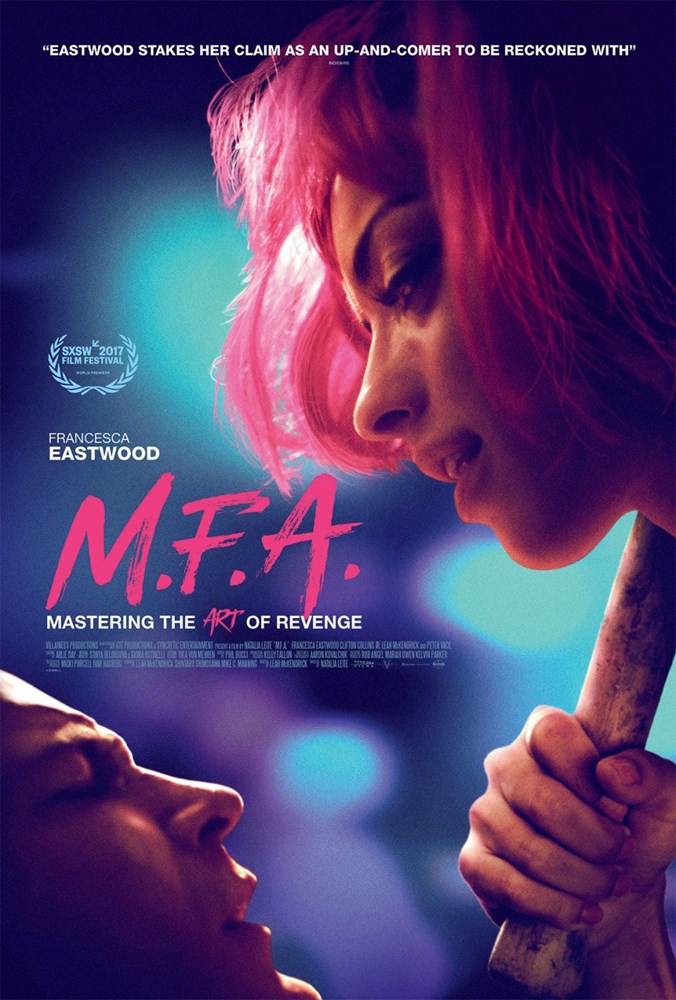 One of the most well-rounded films of 2017, M.F.A. is a different kind of genre film. Taking the tired and worn down sub-genre of rape revenge, director Natalie Leite, writer/actress Leah McKendrick and lead actress Francesca Eastwood (Noelle) present the story of young art student pushed to the brink after a rape. Instead of the status quo narrative of the woman taking revenge and bringing the rapist to hell and back, McKendrick and Leite instead create a broad and tense thriller allowing multiple sides of the university rape culture to be presented. From the support groups to the ignoring administration to the entitled rapist to the victim to the hunter, Leite finds a way for all to co-exist and creates a story that belongs in the genre but does not become the typical exploitative films that we are used to walking away from. Powerful performances throughout, emotionally draining, never expected and refocusing the sub-genre of rape revenge, M.F.A. blew me away at Fantasia. Eastwood’s complex performance is one of the best of year! Based off real events,M.F.A. is lasting film, impactful framing and well-crafted storytelling.

Like M.F.A., Cruel Summer is based off of real events surrounding some truly evil acts. Cruel Summer follows a mentally challenged young man named Danny (Richard Pawulski) earning a badge for camping. As he is off on assignment, a trio of disturbed friends including Nicholas (Danny Miller) and his sidekicks Calvin (Reece Douglas) and Julia (Natalie Martins) search the city for Danny.  Locating Danny at his camping sight in the secluded middle of the woods, they are convinced that Danny has assaulted a minor, letting the fear fuel the lie. Nicholas takes his rage out on Danny putting him through hell by humiliating, torturing, assaulting him and maybe killing him. Based on several insidious events during the early 2000’s over in the UK, Cruel Summer is a brutal and emotional ride that feels real. Watching the pride, struggle and naive understanding that Pawulski portrays in the mentally challenged Danny is heart breaking and emotionally masterful. The emotion invoked as you stand there witnessing the powerful, humiliating and unsettling sequences of actions, make you struggle to find the words to fully handle the reality of what is on screen. You think films like The Last House on the Left and Eden Lake. The only film on this list to invoke such anger in me with each viewing, the story takes you to the dark side of the humanity showing that no matter where you might be or live no one is safe and how one lie can spiral into a living hell. 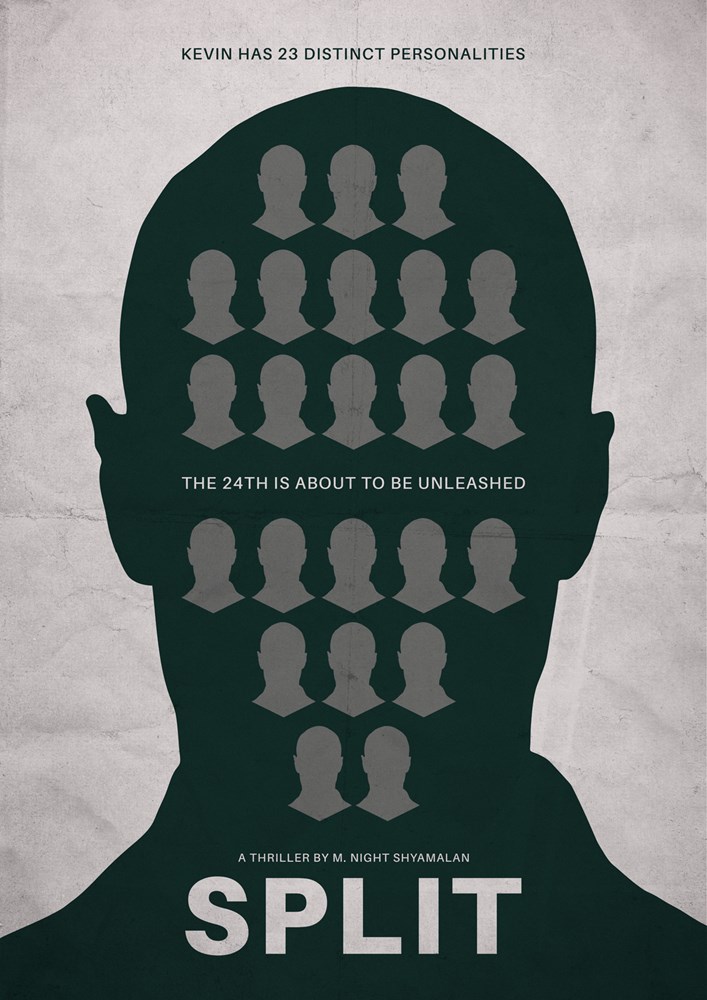 It’s cool to like M. Night Shyamalan again! Returning to the roots of his signature tense and unexpected storytelling, Shyamalan and the film’s incredible cast headed by James McAvoy and Anya Taylor-Joy (Casey) tell the tale of captivity and humanity with Split. Beginning with very little exposition, there is an abduction at a mall. A trio of young girls are taken to an underground area to be held captivate by a man. As the trio fights to survive, work with and understand what is going on, the man is hosts 23 personalities that are ready to come out and play. Split is just so dam tense. Shyamalan paces the horror over the running time, revealing bread crumbs that make you feel like you are watching a sort of genre “Choose Your Own Adventure” story unfold on screen. McAvoy is brilliant as the man who houses the variety of distinct personalities that thrill, frighten and get under your skin. Taylor-Joy plays her role brilliantly as the believable protagonist trying to escape this chaos in the deep dark tunnels. With its share of twists, turns and slowly mounting tension, Shyamalan continues the masterful crafting of horror and the reflects the darkness in us with Split.

I love Chris Peckover and his film work. Going back to the gritty and unsettling 2010’s Undocumented, his ability to turn the screws creates captivating genre cinema. Enter the gift that keeps giving a beating in Better Watch Out. Being there at Fantastic Fest for the World Premiere back in 2016, I felt like I was kid opening up Christmas presents. Part home invasion, part Christmas card created by John Hughes, part Funny Games Holiday Special, Peckover blends all these elements into a creepy and boundary pushing ride into hell. One film that has stuck with me, Better Watch Out is unsettling on every level from the stand out performances to the Christmas soundtrack to the production design to the teenage awkward interaction to the gay Christmas ornaments, nothing is what it seems, and this film is one of the best holiday genre films to come around in a long time.