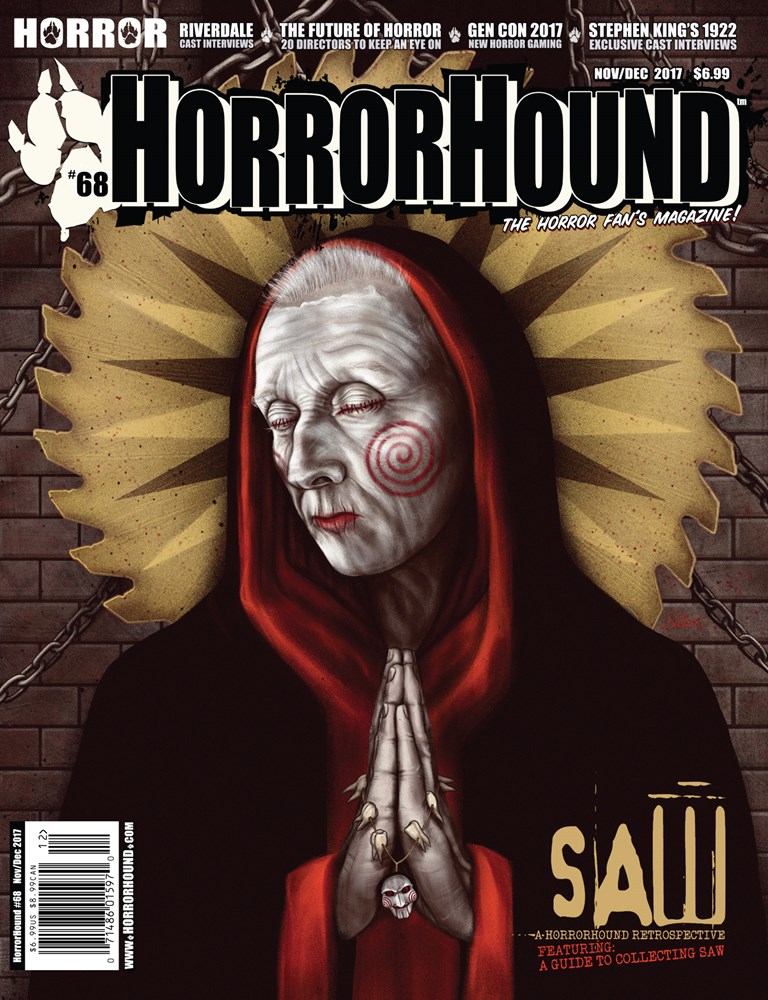 The latest issue of HorrorHound features a cover story and retrospective feature on SAW, detailing the history of the Jigsaw killer, the sequels he spawned, and the merchandising machine that followed. The article is accompanied by a stunning poster and cover by Sara Deck, which is modeled to not only dedicate the film's history - but to also highlight the "Hero Worship" that horror film icons can create in fandom. This segues into an essay into the idea of hero worship, and the creation of horror icons within the industry – as well as a look into the filmmakers themselves, as we detail the 20 names in cinema that could be the future of horror itself.