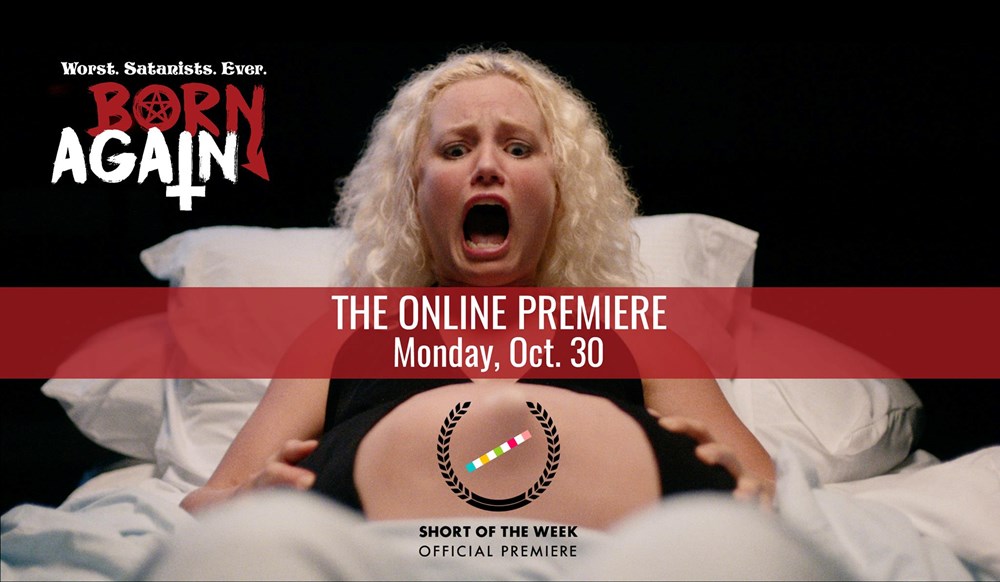 Jason Tostevin's hilariously irreverent BORN AGAIN will make its official premiere on shortoftheweek.com, launching at 10am EST on Monday, October 30.  Tostevin if an Alumnus of H2F2.  BORN AGAIN screened at the Indianapolis 2016 event and was nominated for Best Actor. He has screened at H2F2 several times with titles including A WAY OUT (Cincinnati 2015), I OWE YOU (Indianapolis, 2014), and 'TIL DEATH (Cincinnati, 2014), which won Best Short.