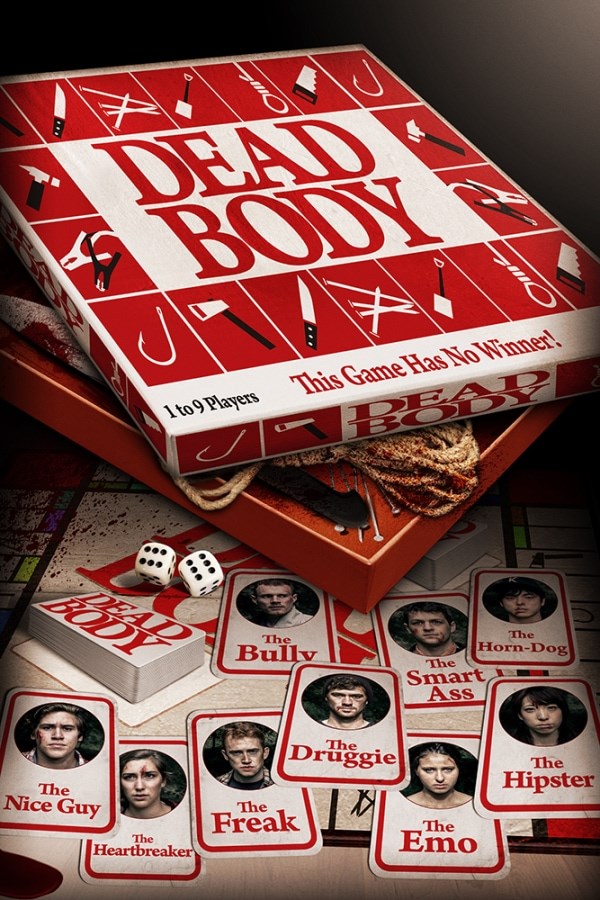 As the witching hour approaches, Terror Films is unveiling the official poster and trailer for the nerve rattling indie horror Dead Body! The film hits digital platforms on Tuesday, October 17.

The movie has a large cast of characters. Dead Body stars: Spencer Hamp, Cooper Hopkins, Nathan Pringle, Jay Myers, Leah Pfenning, Miho Aizawa, Nic Morden, Rachel Brun and Koe Sakuta. In the film, several friends decide to celebrate their high school graduation at a lake house in the woods. One of the classmates recommends that they play the old fashioned game of 'Dead Body.' In the game,  one player is "the body," one player is "the killer" and all of the other players try to figure out whodunit. Unfortunately, on this particular night, the game ends up featuring a real life killer!  The bodies begin piling up and, in an Agatha Christie And Then There Were None style mystery, the survivors are forced to figure out who the killer is amongst them - before there is no one left standing.

Dead Body was directed by Bobbin Ramsey and written by Ramon Isao and Ian Bell. As well, the film has won “Best Special Effects” at the 2015 New York City Horror Film Festival. It was also nominated for “Best Horror Feature” at the 2016 Phoenix International Horror and Sci-Fi Film Festival.