Lore: Truth Is Stranger Than Fiction
Interview With Aaron Mahnke
by Jessica Dwyer

If you haven't heard of the podcast known as Lore, it's time to rectify that right now. Lore is a history lesson and horror tale combined. It's hard to describe but I'll try anyway.

Lore is the brainchild of writer Aaron Mahnke, who also serves as your guide through tales taken from different myths, legends, and may-be-true-stories from history, combining them with true tales of murder and horror and things that are just bizarre. The podcast is methodically researched and is brilliantly simple in how it is presented; beautiful music and Mahnke reading his take on the lore he's collected.

While that seems relatively tame in comparison to some of the dramatic podcasts out there it's a testament to Lore's premise and the strength of these tales that it doesn't need anything else. And with that premise the Lore podcast has become one of the most popular podcasts in the country – its popularity is such that producers Gale Anne Heard and Glen Morgan have come together with Amazon Prime to bring the stories to life in a new anthology series that started on Friday the 13th (nice timing.)

Creator Aaron Mahnke narrates the series which reenacts the stories and events with actors such as Robert Patrick and Kristen Bauer van Straten. Along with the reenactments we also are treated to some beautiful animation as well as some extra nuggets of wisdom and folklore that add to the story. It’s a neat way of bringing the podcast to the screen and keeping the core of what makes it so interesting. It also reminds us that sometimes truth is far stranger than fiction could ever dream of being.

I spoke with Aaron Mahnke about Lore, both the podcast and the series, to find out how this podcast has grown into a proverbial monster. 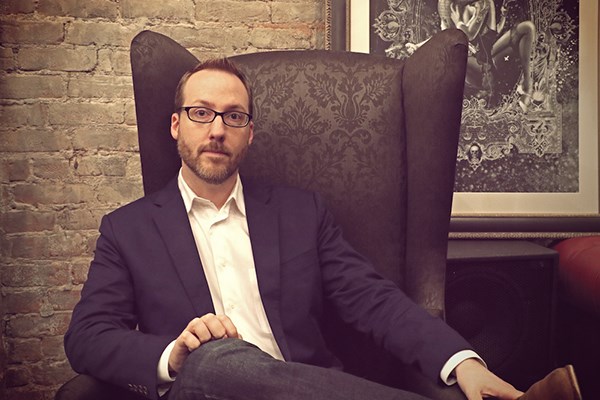 HorrorHound: Do you remember what the first tale was that really hooked you, that really started you on this journey into loving folklore and horror?

Aaron Mahnke: I do. Fifth grade was a year that a lot of things happened for me. Beside from being one of the best years of music, 1985, that was the year I experienced a couple of fun things. That was the year my teacher sent me home with one of those scholastic readers club catalogs, you know you can buy the books and they are made of newsprint and they are lovely. So I brought one of those home and inside those pages there was a book in there, and I can’t remember who wrote it, but it was one of those “weird but true tales of history.” Folktales and legends that were supposed to be true. I convince my parents to buy it for me. I got it home and read it and fell in love just with the idea that stories could be true and just on the edge of “could this possibly be true?”

It was later that year that our teacher asked us to practice our handwriting, which she called “chicken scratch.” She wanted us to get better with our cursive. It was October so she wanted it be Halloween themed. So I wrote this spooky tale as a 10 year old and that’s really where it all began. After that everyday I wanted to be a writer. 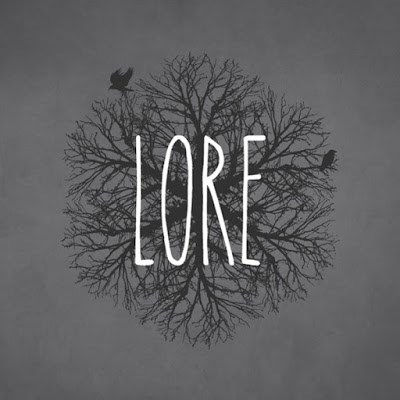 HH: It’s interesting you bring up the scholastic reader club, because I did those as well and loved them. Thanks to those I started reading Daniel Cohen, who wrote these great stories for kid and young adults that were based in folk tales and legends that Lore reminds me of. Can you talk about what styles influenced you and your writing style?

AM: My influences cover a lot of formats. That wasn’t the last book I bought as a kid, creepy but true stories. I remember as a middle schooler being in my parents house and watching Unsolved Mysteries on TV and hearing Robert Stack walk you through reenactments of bizarre scenes. I always loved at the end that he’d come on and say, “If you know anything please reach out to us.” Then the next season he’d actually have these updates and dramatic music and UPDATED!

That was transformative for me, that you could explore these mysterious topics kind of academically. It really stuck with me. I graduated high school in the early '90s and The X-Files came out in the mid-'90s at that point … I was enamored with the fact you could tell weird stories on a major network about really weird things. Like alien autopsies, The Jersey Devil and that was it. I continued to feed that hunger to tell stories with all these new things that came out.

Stephen King has fifty-plus novels out - I like Stephen King’s work for the character development and those little details that takes a normal life and turns it into a very un-normal life. Neil Gaiman is also an influence. He’s very eloquent with his words. He and Stephen King are on opposite ends of the spectrum I think. Give someone a story idea and Neil Gaiman will tell it in three seconds and Stephen King will take a hundred pages. They’ll both do it beautifully. They’re both doing it the way their brains work. I would read each of them and love it but they are very different people. Those are some of the influences on me.

HH: One of the things I like about what you do is that you mix reality with the folklore, because truth is usually stranger than fiction. One of the ones that creeped me out the most was the story about the history of lobotomy, which is actually one of the first episodes of the new series. What terrifies you more, what could be real or what was real?

AM: It’s a mix for me. Watching that episode of the show called “Echoes” it leaves a mark on you because it’s terrifying because of what people have done. And ultimately that’s where my fear comes in. For a lot of these stories at the end of the day it’s people who did these things to other people. It’s frightening at the end of the day they thought that was okay. And that was just one madman or one crazy woman doing something to someone but at a societal level a society obsessed by witches and dragging people out is the norm and executing them. For no other reason than they don’t belong, they are just “the other.”

And we still do that and that’s what’s really terrifying. Centuries and centuries later we haven’t learned. We have other “others” that we attack and we still do it all and to me that’s scary.

Check out Lore the podcast on iTunes and on www.lorepodcast.com

*Jessica Dwyer has been writing for HorrorHound Magazine since issue 2006. You can find more of her work at www.fangirlmag.com as well as listening to Fangirl Radio on iTunes and SoundCloud.