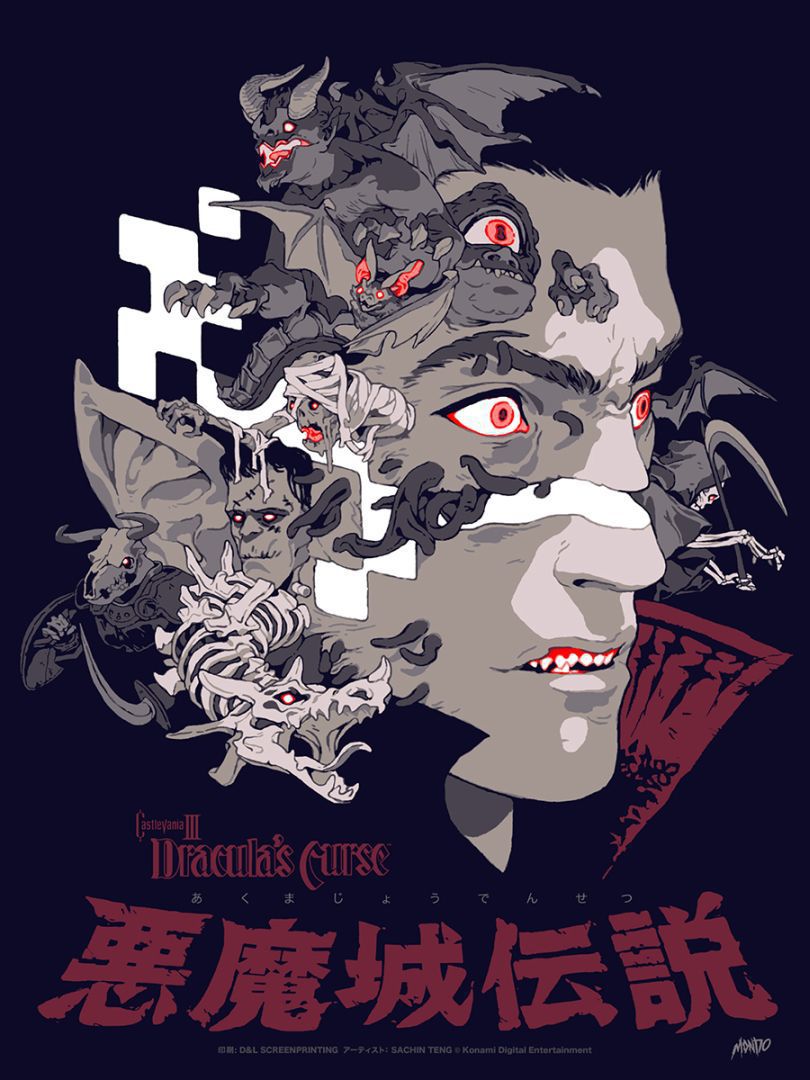 As with every San Diego Comic-Con, poster/soundtrack/collectible company Mondo unveils some of the coolest collector items fans can snag during the week-long geek event. And generally, a few of those items stem from the world of horror. While not all of Mondo's plans for this year's SDCC have been revealed, the studios has begun announcing what are sure to be sought-after limited posters and amazing vinyl records. As of today – a few noteworthy items that should have fans salivating? Attack on Titan (below) from Matt Taylor. Castlevania III: Dracula’s Curse (above), from artist Sachin Teng. Plus (not shown) a Labyrinth print from Richey Beckett, Neill Blomkamp's Rakka by Matty Ryan Tobin, and Jaws by Phantom City Creative.

Mondo will be located at Booth #835 on the SDCC show floor (for those attending). For those who are not,  many of the posters will be available during the con (in variant forms) on the company's web site - www.mondotees.com. HorrorHound will be on hand during SDCC to check out the reveals and drops as they occur, and will be making updated posts on both www.horrorhound.com and our social media Twitter page. 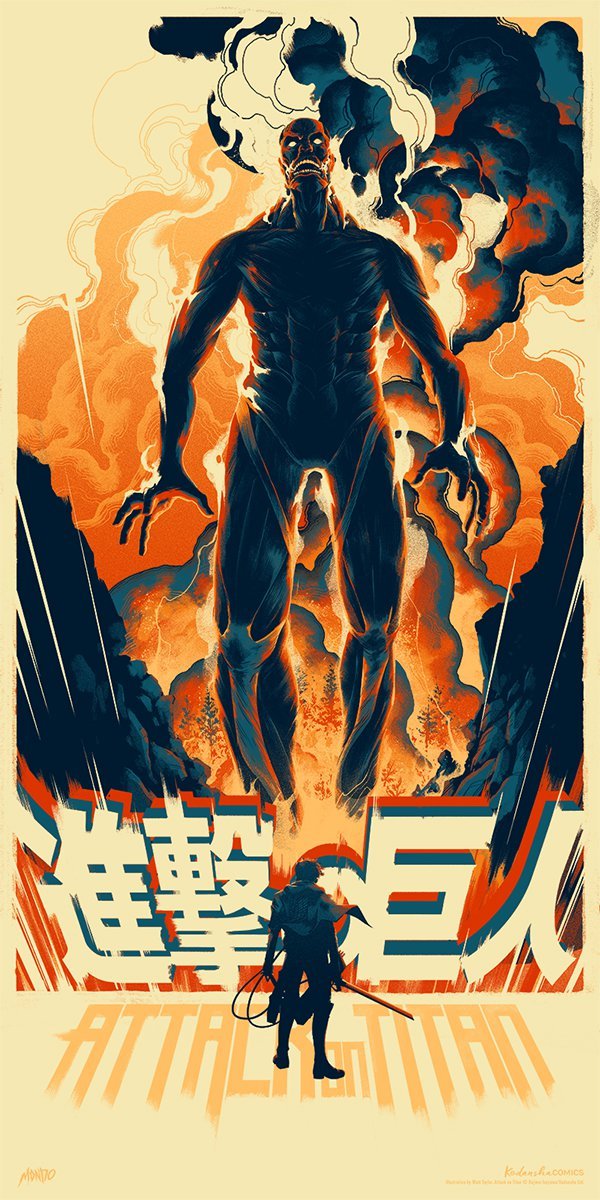