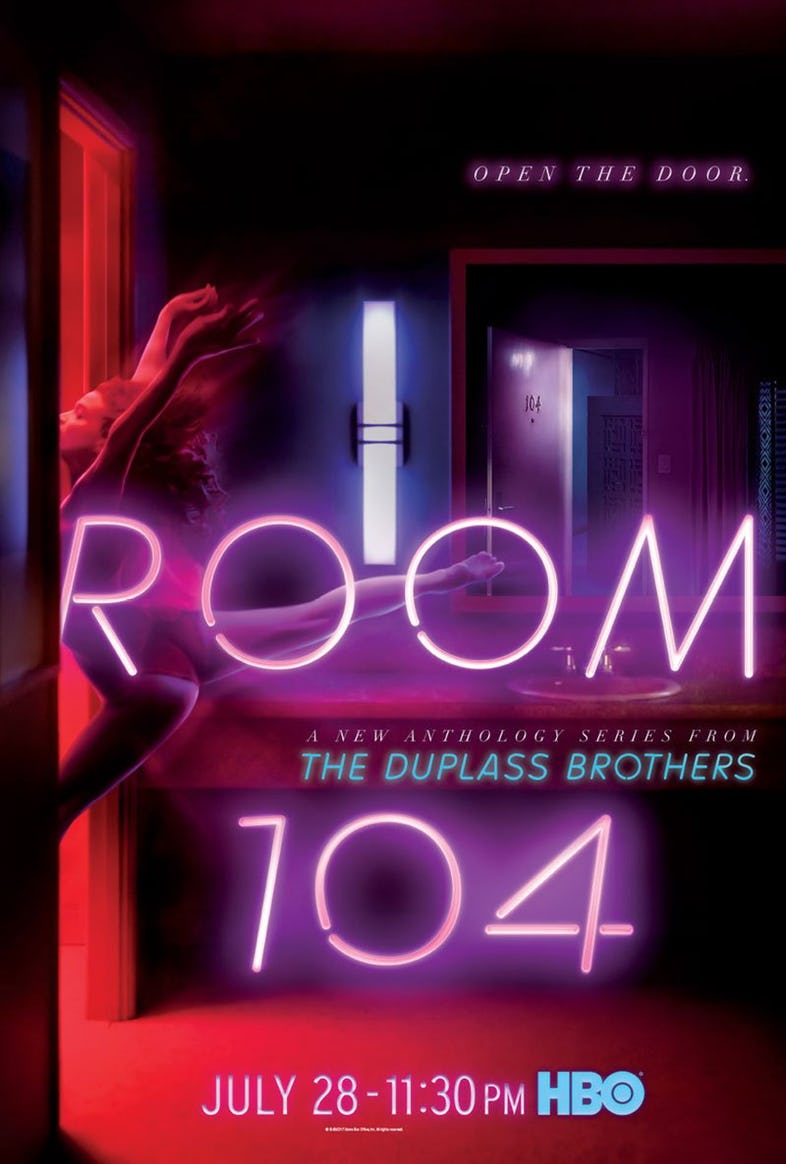 The Duplass Brothers, known for such films as Baghead, Cyrus, and Jeff Who Lives at Home are about to launch their latest creation – an anthology television series Room 104 which will air Fridays on HBO starting July 28th!
From HBO: “The banal” can be a most interesting place – if you stop and take a look. Telling tales of the characters who pass through a single room of a typical American chain motel, the Duplass Brothers-produced anthology series Room 104. From Mark and Jay Duplass, the show tells a different story each week, with the tone, the characters and the era changing every time. Ranging from comedy to drama to horror, each episode plays like a mini-movie, offering a new discovery from one week to the next, telling tales of everyday people striving for connection and meaning.