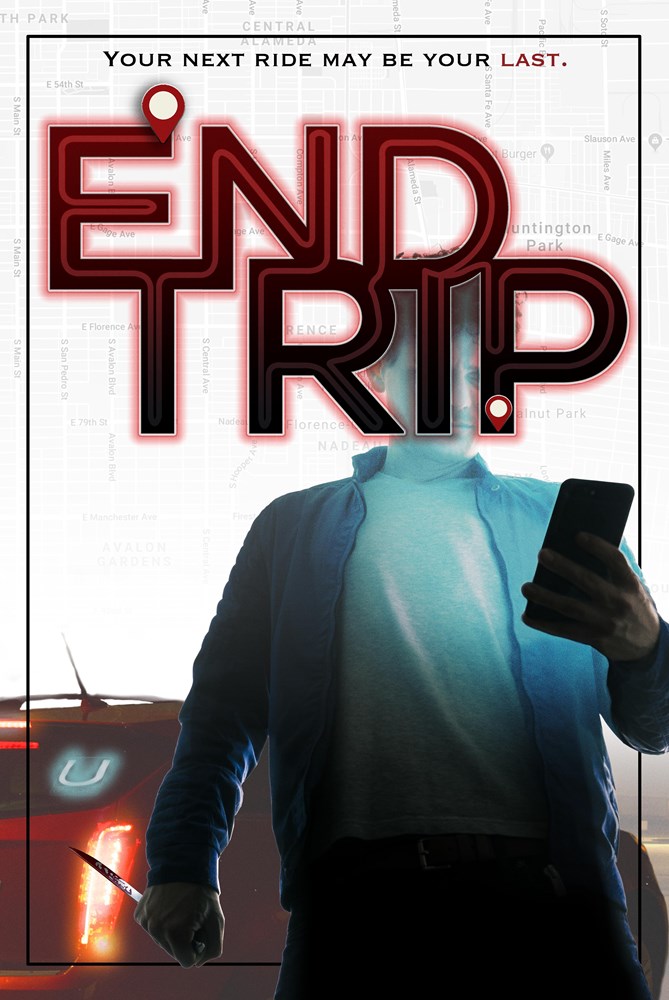 Prolific Pictures has unveiled the exclusive trailer for the upcoming horror film, End Trip, ahead of its Cannes debut. This horror/thriller story follows a severely deranged rideshare driver and his proclivity for evil.

“In one timeline, Brandon, a likable rideshare driver, spends an evening charming a passenger, Judd, for a 5-star rating and a hefty tip. In the other timeline, Brandon arrives home after his long shift and climbs into bed with girlfriend, Stef. Stef screams. He’s not Brandon! The rideshare with Judd continues, growing creepier by the mile, as Brandon forces Stef to play his girlfriend. The two timelines come together in a shocking twist, and Stef must fight for her life against a ruthless serial killer preying upon a city full of people who ride with strangers.”

Directed by Aaron Jay Rome, who produces alongside Max Shifrin, Jeremy John Wells, and Dean J. West, End Trip stars West, Rome, and Ashley Lenz. No release date has yet been set for the film. Check out the trailer below: