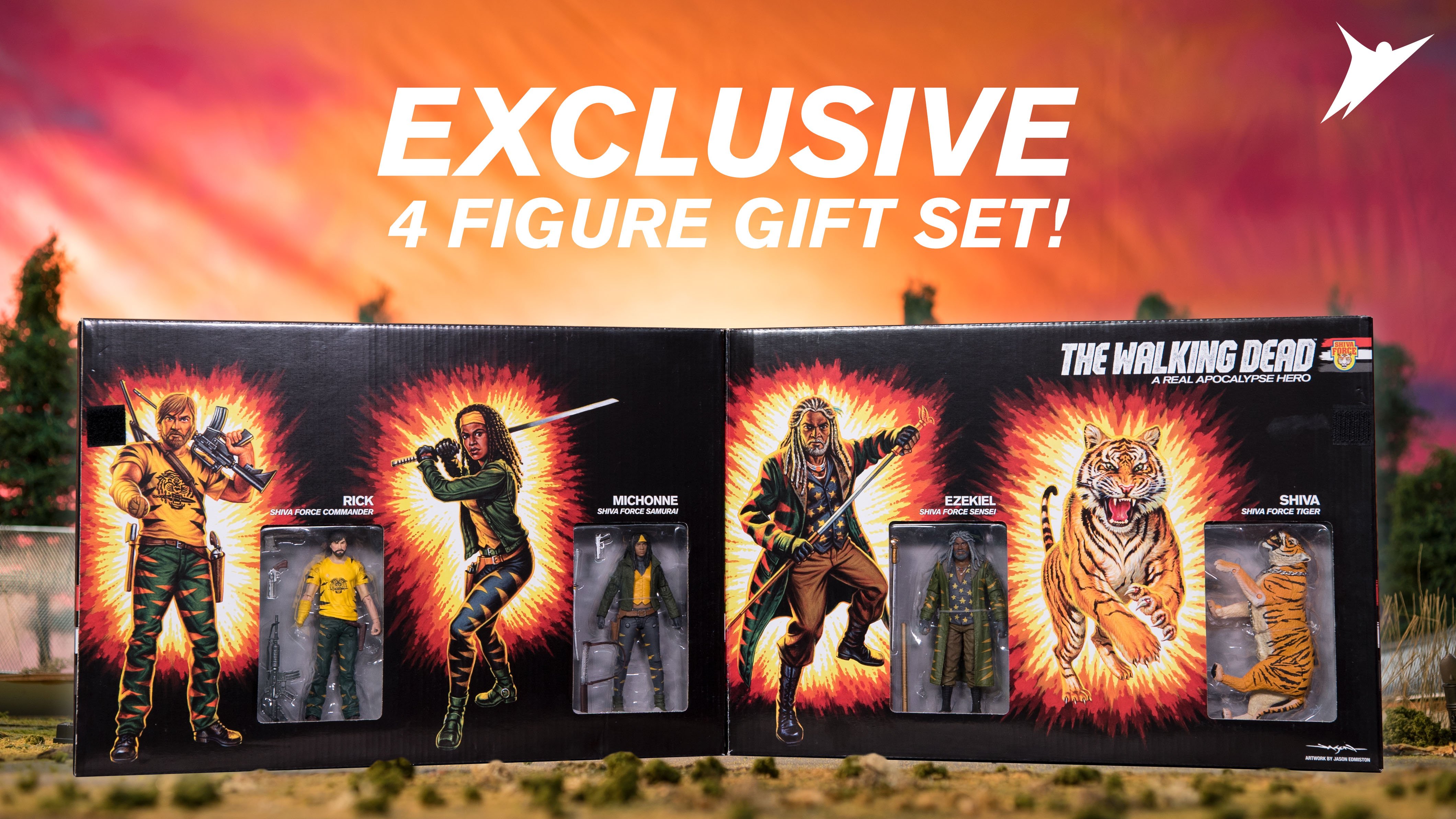 Skybound and McFarlane Toys may have revealed the coolest San Diego Comic-Con exclusive of the year. Straight out of an '80s action flashback comes Shiva Force. This exclusive four figure gift-box features Rick Grimes, Michonne, Ezekiel and Shiva (action figure debut), featuring new Shiva Force paint deco. Each 5” tall figure is also individually packaged on a vintage styled card back with new painted artwork by Jason Edmiston. The Walking Dead Shiva Force four figure gift-box is available in regular color version and a bloody variant. These gift-boxes are limited to 1000 copies each and are priced at $100.

If that wasn't cool enough – a secret fifth member of the Shiva Force is also in the works: Jesus! He will only be available in The Megabox from Skybound (www.themegabox.com). Fans can sign up for the summer Megabox online now.The Shiva Force will also be featured in Scopely’s role-playing mobile game The Walking Dead: Road to Survival starting on July 20 (SDCC weekend). King Ezekiel will be available for free, starting on July 20th as well and running for a limited time.