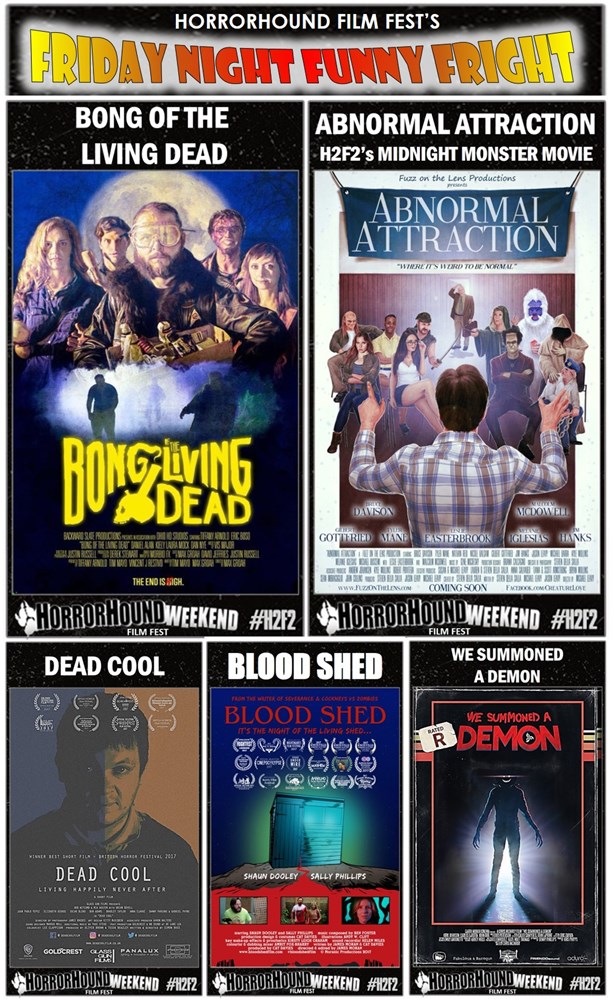 A dinner party with a difference: meet loner Maurice as he struggles to entertain his new friends. His party is in full swing when a routine search brings the police to his front door. Unfazed by this interruption the party continues, but it isn't long before Maurice is keen to say goodbye to all his guests, except Sally. Romance is in the air but it soon becomes clear that all is not as it seems.

Jack loves a bargain. And he loves sheds. When he buys suspiciously cheap second-hand parts to build his very own dream shed, he and long-suffering wife Helen get more than they bargained for: a killer shed with an appetite for blood. As the body count rises, and the shed’s ferocious appetite grows, Jack is faced with a horrifying dilemma. A comedy horror about a man’s twisted love for his shed… that eats people.

WE SUMMONED A DEMON  – a short film by Chris McInroy (U.S.)

Two friends casting a spell to render them cool ... what they got was NOT what they ordered.

The story of five friends who share both a love of pot and a lifelong dream to see the zombie apocalypse become reality. But, when the undead actually rise to gruesomely (and hilariously) eat the living, the group discovers it's not all corpse-killing montages and mall raids ... and that their relationships will be pushed to the limit if they're going to survive.

In a world where fairy tales are much more than tales, monsters and humans are forced to live alongside one another. Much like in our world, some people respect the differences between races and others do not. For years tension has been quietly growing, and today it will reach its breaking point.