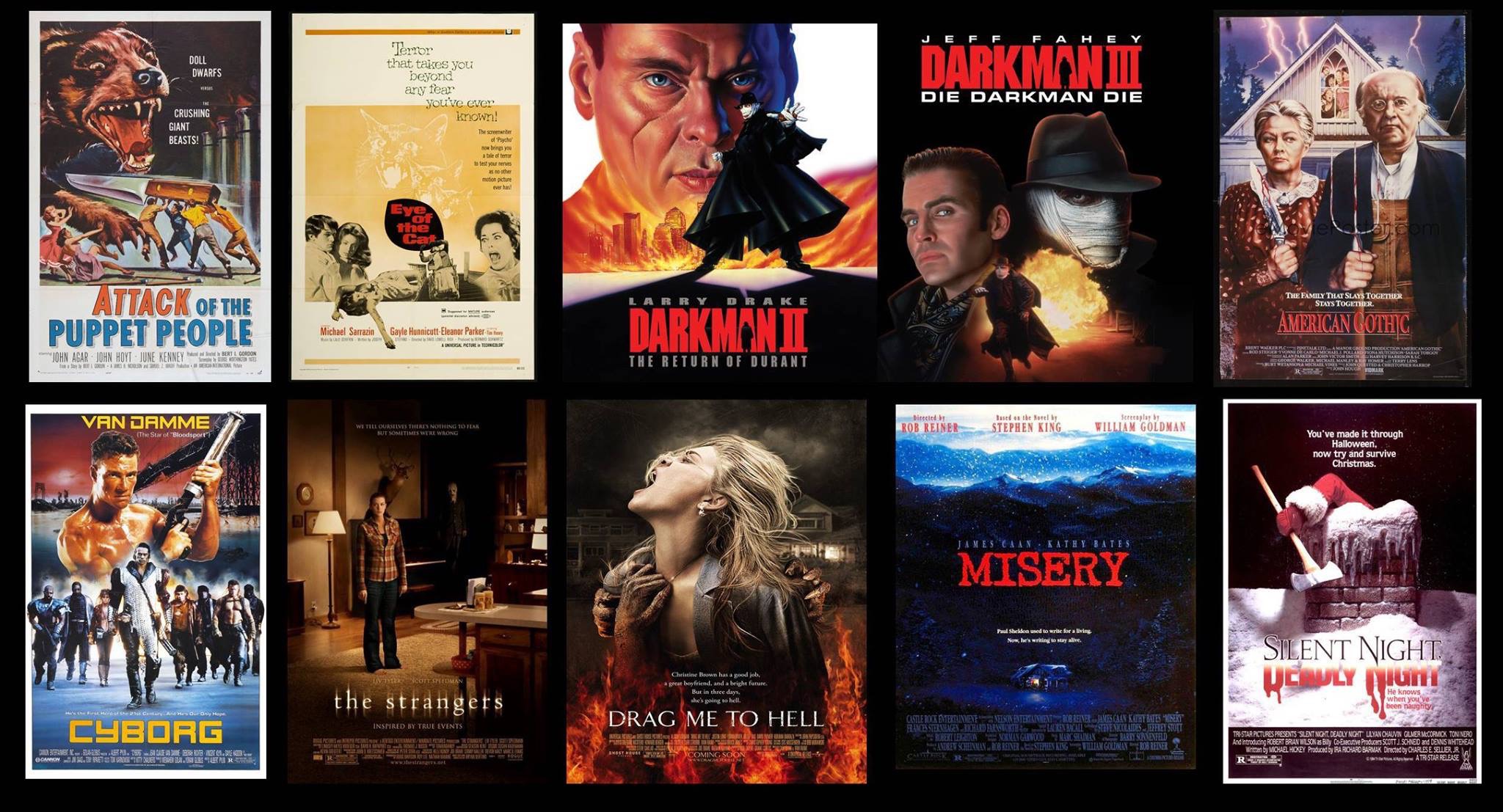 Every San Diego Comic-Con leads to an exciting revelation from Shout! Factory for their 2018 intentions, in regards to upcoming DVD and/or Blu-ray release plans. This SDCC was no different, as Shout! Factory revealed a slew of killer titled planned for release between November of this year and early 2018. Leading off the announcements are a few cult classics, including the 1984 Christmas slasher, Silent Night, Deadly Night (1984). The obscure "quasi-slasher" known as American Gothic (1988) will be making its BD premiere – as well as the 1958 Bert I. Gordon film, Attack of the Puppet People, and the "superhero" sequels Darkman II and Darkman III (1995/1996). The 1969 film Eye of the Cat will make its home video premiere – while the not-quite-horror film Cyborg (Jean-Claude Van Damme) was also announced.

Stephen King's Misery (1990) and a modern gems The Strangers (2008), and Sam Raimi's Drag Me to Hell (2009) were also announced for collector edition treatments.