Terrordrome: Reign of the Legends - Interview

Terrordrome: Reign of the Legends - Interview

Ever since the first Mortal Kombat game was release in 1992, and then we saw Jason Goes to Hell in the theaters the very next year, we horror fans have wanted that dream video game of our modern horror icons to battle.  Marc Echave created the online fighting game, Terrordrome: Rise of the Boogeymen, that made these dreams a reality.  All of our horror icons were there with amazing moves and it looked beautiful.  Sadly, they ran into copyright issues, though they weren’t making money off of these characters.  To bypass those issues, a sequel was created. Terrordrome: Reign of the Legends is a 2.5D fighting game with literary icons, cryptids and other mythological monsters.  This new game is quite an ambitious change from the first one. I had the chance to get some answers from Marc about his new game which will begin it’s Kickstarter campaign this May.

HorrorHound:  The first Terrordrome, as well as this new one, has always been a dream for horror fans and gamers alike.  With film studio copyright issues that the first game ran into, you’ve now began using public domain characters (literary and urban legends) with this new game to avoid that problem.  With this games success, would you consider giving the horror icons another try with studio permission, or after your experience do you feel that may be too difficult of a task to pull off?

Marc Echave:  Depending how well the game goes this year, it's our intention to contact some studios and see what characters could come back.  However, we'll maintain our primary focus which consists of exploring new territories in horror and widening our roster beyond the world of slashers. 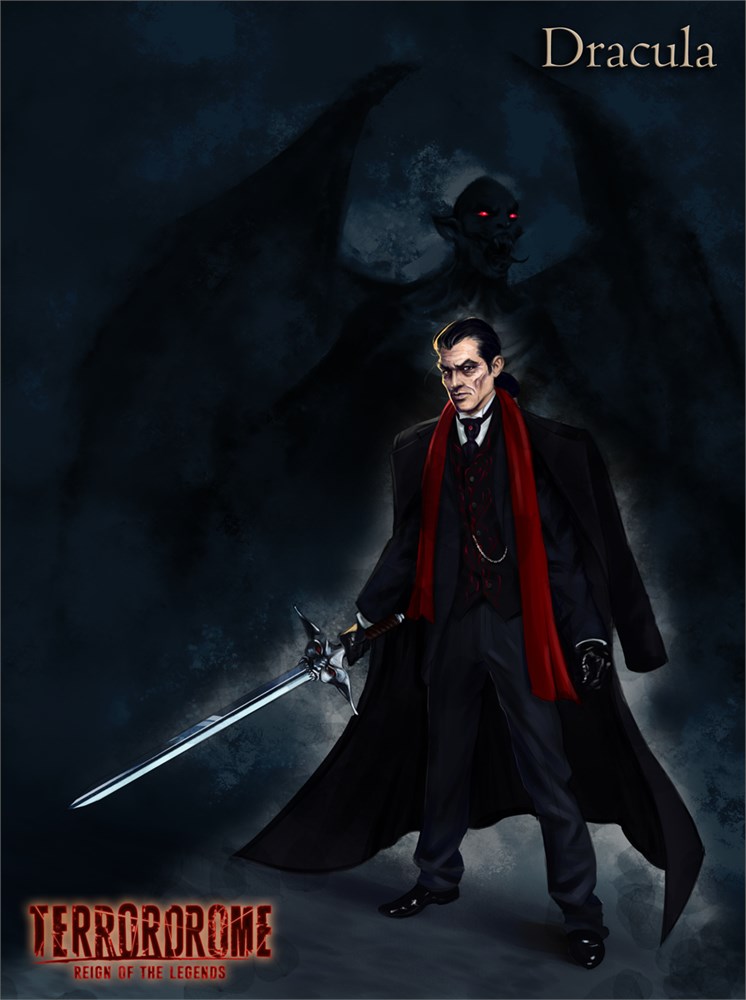 HH:  This game looks quite different from the first one.  Do you have the same team that worked on the original making this one, or did you need to find some new blood?

ME:  Since TRDM1 took roughly 10 years to make, there were some inevitable changes in the team, some people left and new people came in.  With the transition to a new game that required new standards and a new technical environment (2D to 3D) the team needed to evolve once more and welcome people who understand and have mastered the techniques and tools used in today's game industry. 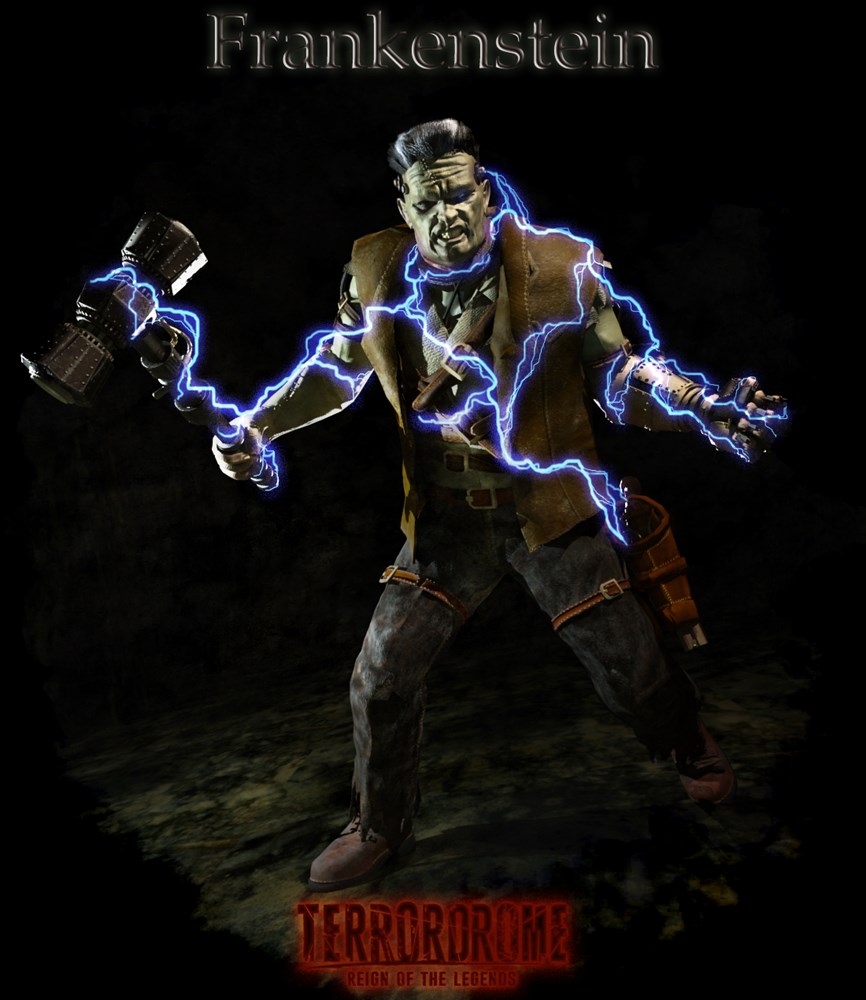 HH:  What kind of challenges did you have to deal with when using a completely different engine versus what you experienced with the first game?

ME:  The use of a new engine required a new workflow that required some changes in how we would produce certain assets and how we would integrate them.  Some departments like modelling or animation rely on the same principles so those weren't so much affected. But things like coding and material shaders were new to us and needed a new understanding.  Fortunately we managed to quickly adapt to this new environment.

HH:  Will we see any type of finishing moves after you defeat an enemy available?

ME:  Finisher moves were introduced by Mortal Kombat and I do not have the intention to copy this exact feature in our game.  However, due to a high demand from the public in this regard, we might come up with a new way to end an opponent's life after a fight using stage interactions.  Trophies (a kind of finisher in TRDM1 that the player had to perform right before the fight ends) may make a come back as well.

HH:  Storywise, will this game have a narrative that brings these monsters together?

ME:  Yes, I've started to write down the first chapters and if we get the right budget for it, we'll be able to have a story mode (single player campaign).  The story happens in modern day and ties most of the characters of the roster in a swirl of action and drama. It will introduce the player to the Reign of the Legends universe and explore a bit of the characters backstories.

HH:  Some fighting games have each characters ending as (roughly) part of the overall complete story, while others will have their character endings result in a “What If” scenario perspective.  Can you clarify what route you will take?

ME:  So, we'll have the story mode to explain how the characters interact with one another, while the Arcade mode would explore them individually, either happening in parallel to the main story or in a different timeline.

HH:  Will there be any cinematics and/or voice acting in this game?

ME:  Hopefully if certain goals are met during our Kickstarter, it will allow us to secure a budget to create a story mode with cinematics much like Mortal Kombat 9 & 10 did.

HH:  The characters that have been revealed look great. Are there any plans to have alternate skins for them as well?

ME:  We are already playing around with the idea of alternate costumes, however it has in most cases almost the same cost as a brand new character, so they're most likely to be part of a stretch goal. 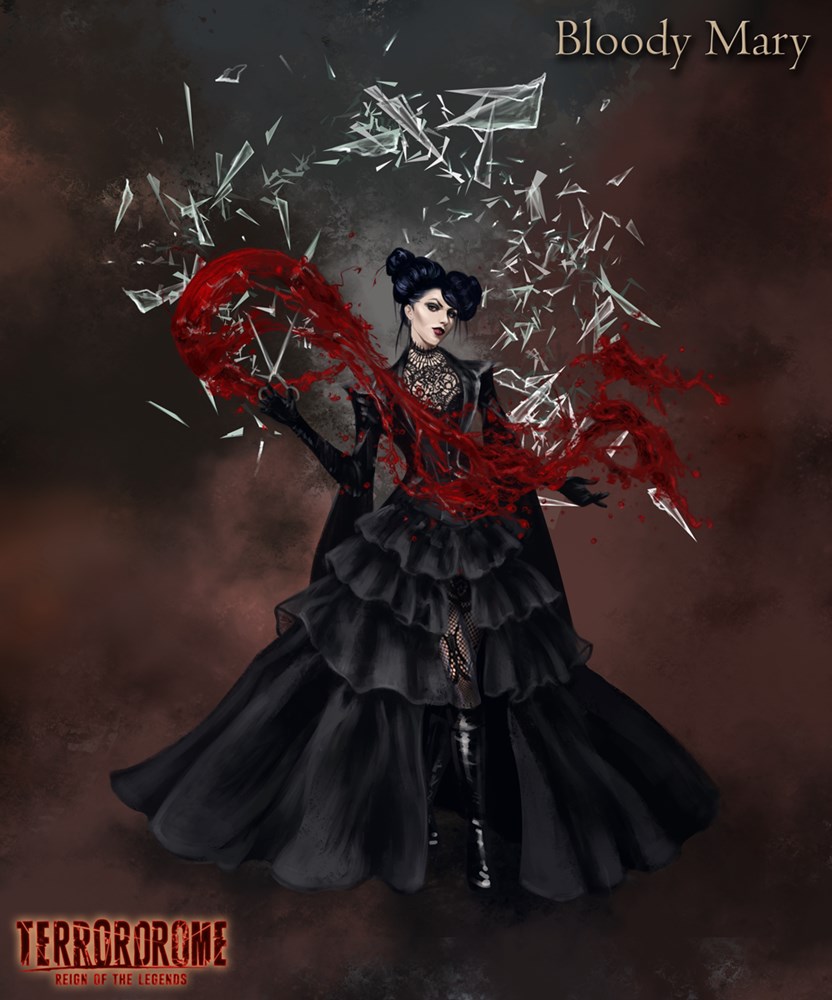 HH:  With all the fan requests, and a possible 12 characters for the game, was there a particular criteria that characters needed to meet to make the final cut?

ME:  We absolutely need to narrow down the cast because every character takes time and a lot of effort to make.  Much like in TRDM1, I had to select the most popular figures and also make sure they had some obvious fighting abilities from the go so that we could build from there.  I've discarded some characters that I felt were too obscure or abstract.

HH:  You’ve revealed 8 characters so far.  Are you still accepting fan requests for the final 4 slots or have those already been decided on?

ME:  Brainstorming the roster started many years ago and what most fans are asking for has been either considered or is already planned. Keep in mind that the 10 characters we will disclose are only the first batch.  There are more characters we want to add in later down the line, either through DLC or by adding them one after the other during the early access process. 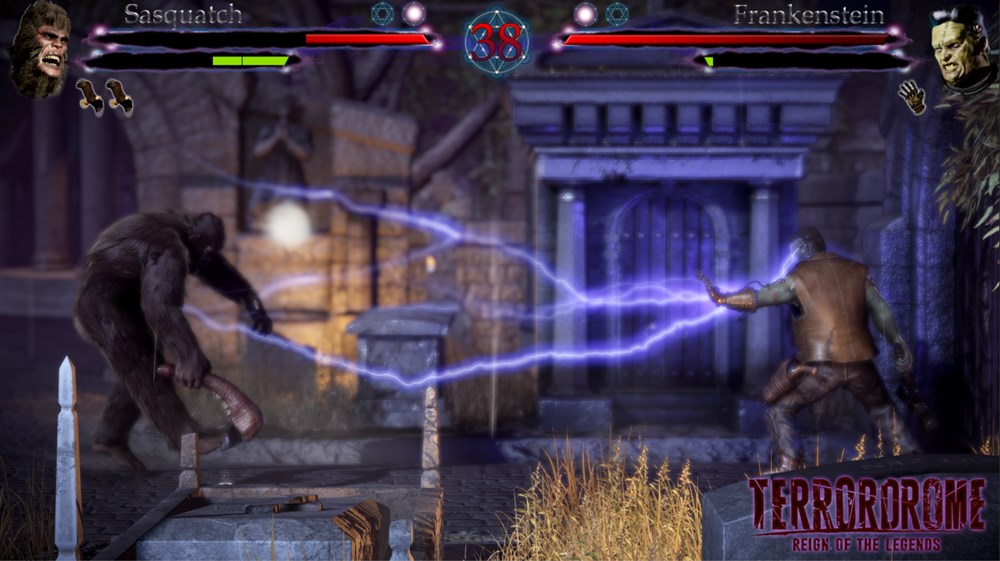 HH:  Your Kickstarter campaign begins in the middle of May this year.  Are there any stretch goals that you have planned and are willing to talk about?

ME:  There's this stretch goal that is about a guest character coming from a different medium that we haven't announced yet.  It's horror related and takes place in a similar universe. It's a pretty popular character that has its own fan base and fits in well in the Terrordrome universe.  And yes, we got the creator's permission this time!